If you are in the market for an uncompromising, top-of-the-line graphics card, EVGA may have one of the best deals we have seen. The company has discounted the price of their GeForce RTX 3090 FTW3 Gaming edition by a whopping $1000 to $1149. This gargantuan instant rebate nearly halves the model’s $2149 MSRP and it's not the only one either.

Recent pricing has seen RTX 3090 Ti cards hovering in the neighborhood of $1,300 to $1,500 depending on the model and deal, which is already a fair discount from the Founder Edition’s targeted $2000 MSRP. This is a welcome relief from the days when the RTX 3090 Ti was nigh impossible to buy, like most other cards on the market. EVGA’s special pricing here, though, brings things within spitting distance of the RTX 3090 and RTX 3080 Ti. 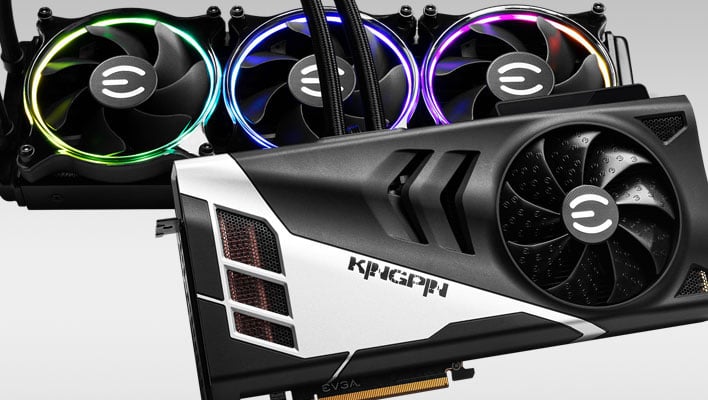 The FTW model is not the only variant EVGA is discounting either. The RTX 3090 Ti FTW Ultra Gaming is similarly discounted by $1000 to $1199. Every other RTX 3090 Ti model the company offers is enjoying at least a $500 price cut as well, including the FTW3 Ultra Hybrid Gaming model which mixes in liquid cooling for just $1499 after a $700 instant rebate.

Even if the price is right, gamers may still want to hold off. We are approaching the release of NVIDIA’s 40-series graphics cards, due out before the end of the year. Rumors and leaks are flowing in abundance, and some are claiming the RTX 4070 Ti will be able to go toe-to-toe with the current RTX 3090 Ti heavyweight. If true, and assuming supply manages to hold, buyers will likely be able to wield this level of power at an even lower price.

If unparalleled performance is truly a must, more rumors suggest the RTX 4090 Ti will be an absolute unit. It could possess 18176 CUDA cores while doubling the VRAM to 48 GB. The card would achieve this by using virtually all of a AD102 die and sucking up an eye watering amount of power.

Then again, who is to really say what the future holds? Rising tensions between China and Taiwan threaten not only the tech sector, but also the greater geopolitical landscape. Other natural disasters or a couple more “unprecedented events” could likewise land us in another shortage. So why not roll the dice today, and jump on this deal while it is hot?