NVIDIA this week formally added a new flagship graphics card to its lineup, the GeForce RTX 3090 Ti. It's essentially a thicker and faster version of the non-Ti model, with more CUDA cores and speedier memory to toss at gaming, content creation, and other graphics tasks. While not for everyone, if you're looking for the fastest consumer card on the planet, this is it. But where you can buy it?
As with most graphics cards, finding a GeForce RTX 3090 Ti in stock is a challenge, even at its premium price point—it carries a $1,999 MSRP for the Founders Edition model, and of course custom designs by NVIDIA's hardware partners typically cost a little bit extra.
The two places we've consistently seen the GeForce RTX 3090 Ti in stock throughout the day are at Zotac's webstore and in several Micro Center locations. The latter requires living near a retail location that has the card you want in stock, as it can't be ordered online. But for example, at the Mayfield Heights, Ohio location, there are eight cards in stock at time of this writing. 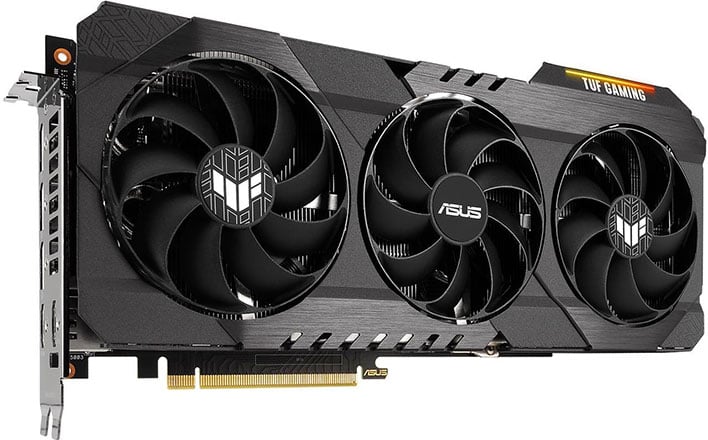 Anyway, let's break this up into two lists. First, the retailers that have product listings. This doesn't necessarily mean the cards are in stock, but they are at the very least recognizing the new SKU. Here they are...
Outside of Micro Center and Zotac, we've seen stock come and go at Newegg. And on Amazon, there are some listings, though they've been from marketplace sellers each time we've checked. The rest have product listings but nothing available to buy at the time of this writing. Still, it's worth checking periodically.
As for the second list, you can check Adorama, Antonline, and GameStop, all of which carry and sell graphics cards, though we have not seen any GeForce RTX 3090 Ti listings at these retailers yet. Still, they they could be posted at any time, so they're worth a visit if you're coming up blank elsewhere.
Whether you should buy NVIDIA's flagship card, that's obviously a different topic. This isn't remotely a value play. Even NVIDIA alludes to this.
"The GeForce RTX 3080 Ti was built for those who want top-of-the-line gaming performance without the added benefits (and cost) of the RTX 3090 Ti. With respect to gaming performance only, the RTX 3090 Ti is on average 64 percent faster than the RTX 2080 Ti, 52 percent faster than the TITAN RTX and 9 percent faster than the previous RTX 3090, respectively," NVIDIA says.
Not that the GeForce RTX 3080 Ti is cheap either, even at regular pricing (as opposed to scalper pricing). But for gamers who want near flagship performance for less money, it's an option. Or you could wait and see how Intel's entry into the discrete market affects the landscape, in terms of pricing and availability. It's first Arc Alchemist cards are slated to ship this summer.