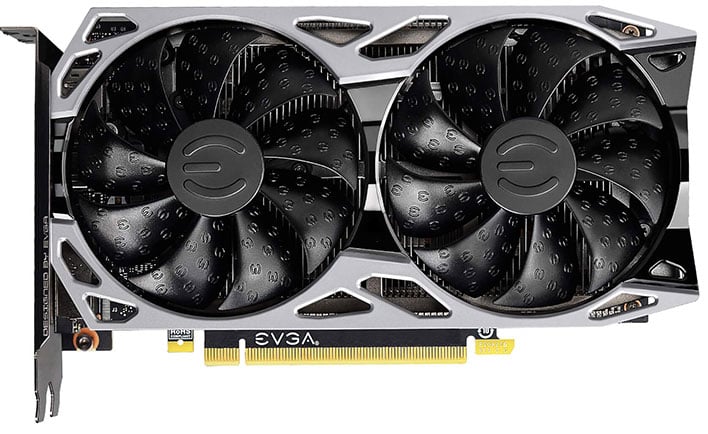 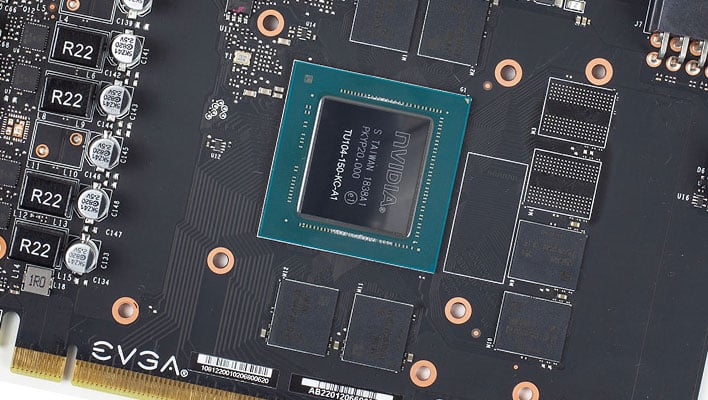 This is noteworthy because other GeForce RTX 2060 cards up to this point have used the TU106 die. It's presumed that TU106 dies are ones that proved defective in some way that would prevent them from being used in GeForce RTX 2070 and GeForce RTX 2080 cards, both of which sport TU104 dies. This sort of thing is a common practice in the land of silicon.
Having a TU104-150 GPU inside the GeForce RTX 2060 KO models means those cards are technically using a superior slice of silicon. The caveat is that the added CUDA cores are still disabled, so performance should be the same. But is it?
For the most part, it most likely is. However, Stephen Burke at GamersNexus found at least one scenario in which the GeForce RTX 2060 KO was faster than other cards that use the TU106 die, that being the Blender benchmark.
"GeForce RTX 2060 boards are based on either the TU106 or TU104 GPUs. The performance difference between the two configurations is negligible in most cases, although TU104-based GeForce RTX 2060 cards will deliver higher performance in Blender," Burke stated.
Two things are worth noting here. For one, this is a very specific scenario—in gaming benchmarks, we wouldn't anticipate the KO outperforming other GeForce RTX 2060 cards, all other things being equal (clocks and cooling). And secondly, this does not mean all KO cards will ship with the TU104-150 GPU. Manufacturers don't make any kind of guarantees on that kind of thing. It's just a matter of which GPU makes the most sense from a cost perspective, given what the inventories are at any given time.