I like this song tradition Paul started when the 15 days of free game giveaways on the Epic Games launcher was announced. Anyhow, I digress. Today is a new day, and Epic Games has another free game to give to people who simply log in to the Epic launcher and claim it. Until tomorrow at 11 AM EST, gamers can grab Oddworld: New ‘n’ Tasty for the low price of free or pick up some other games on sale too. 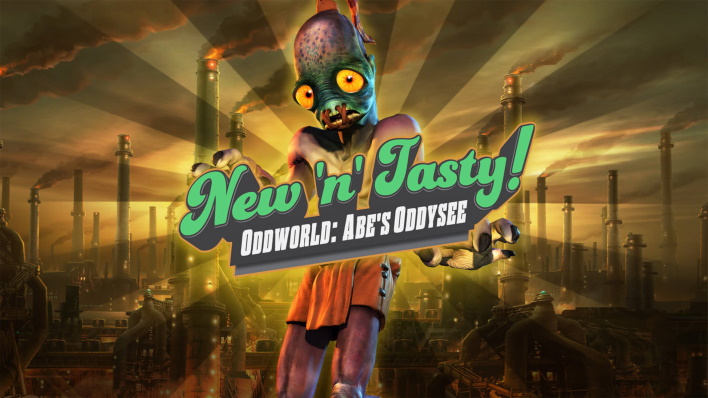 Oddworld: New ‘n’ Tasty is a game released in 2014 from the developer Just Add Water. This free game is tagged as a puzzle, platformer, and action game with quite a storyline. The description reads as follows:

Once a happy floor waxer in Oddworld's biggest meat processing plant, Abe stumbles across his boss's secret plan to turn the factory's slave labor force into the latest in the RuptureFarms Tasty Treats line of novelty meat snacks. Abe now has to save his own skin from the grinders, but simply escaping the flesh farm is only the start of his Oddysee - for many dangers await Abe on his journey to discover his destiny.

Though this game may not be up to speed with the likes of Cyberpunk 2077 (which has its own issues), it certainly sounds interesting. And for the price of nothing, it is worth a shot no matter what.


Aside from the daily free game, however, there are some other deals you can pick up if you are on the hunt for something else. Take a gander at these games on sale that you could enjoy:
There is also a $10 coupon code you can claim right now to drop those sale prices (over $14.99) even lower.  For example, you could get Civilization VI for just $4.99 which is an amazing deal.  If you snag a deal off the Epic Games store, let us know in the comments below, and happy deal hunting!