Elon Musk giveth, and Elon Musk taketh away. Such is the case with Dogecoin, the "joke" cryptocurrency that has been on a dramatic rise during 2021 (especially during the past month). This past Wednesday, Dogecoin hit a high of $0.53, a dramatic surge from January 27th when it was trading at a minuscule $0.0075. The very next day, it was $0.65 and hovered around that price until last night.

Last night, of course, is when Musk took his controversial turn as guest host of Saturday Night Live (SNL). Musk has been a regular champion of Dogecoin and has even referred to himself as the "Doge father." Dogecoin investors held watch parties for the SNL episode in hopes that Musk would praise the cryptocurrency, sending its valuation to the moon. Instead, they got a mixed bag from the Tesla and SpaceX CEO.

During his opening monologue, Musk brought his mom out on stage in honor of Mother's Day in the United States. Maye Musk asked her son what he was getting her for Mother's Day, to which they both replied, "Yep, it's Dogecoin." At that time, the cryptocurrency was riding high at around $0.69. Later in the episode on Weekend Update, Musk was asked to describe what Dogecoin is to the audience. He jokingly "agreed" with co-news anchor Michael Che that Dogecoin is just a "hustle." 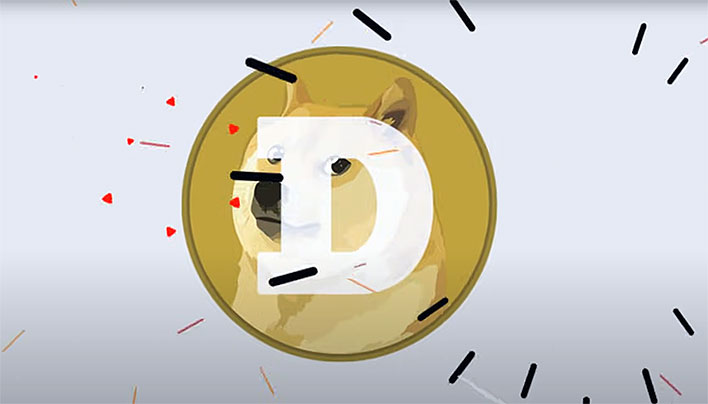 It mainly was all downhill for Dogecoin after that point. In the hours following Musk's appearance, Dogecoin crashed back to as low as $0.44, and it has been a rollercoaster ride ever since. At this point, the cryptocurrency is hovering around 50 cents. Despite the fall from its previous high, Dogecoin is still up 712 percent for the year and 19,0000 percent for the past year.

Lloyd Ostertag stopped by the desk to talk cryptocurrency. pic.twitter.com/cuILxOBJlj

Notwithstanding being "all in" on cryptocurrencies like Bitcoin and Dogecoin, Musk has urged caution for casual investors, lest they end up losing their investment at the drop of a hat. On Thursday, Musk explained that "Cryptocurrency is promising, but please invest with caution" before adding that "it should be considered speculation at this point."

The entire cryptocurrency market has experienced meteoric rises in valuation during 2021. The shining beacon for the cryptocurrency world is Bitcoin, which is up over 97 percent since the start of 2021. Ethereum, the second most valuable cryptocurrency by market cap, has surged an astonishing 420 percent this year. Bitcoin and Ethereum are currently trading at $57,500 and $3,875, respectively.