Are you still on the Elden Ring hype train, tarnished? If you fell off that particular rail-based transport apparatus awhile ago it might be time to get back on the spectral steed, because the three gigantic colosseums found in The Lands Between are finally open for business after today's free update. Check out this awesome trailer for the patch:

Elden Ring players have wondered at the purpose of the enormous circular arenas ever since the game came out. Clearly visible on the map yet completely unmarked, the huge temples to bloodshed were completely inaccessible and, aside from a difficult NPC invader battle outside one of them, seemed to have no purpose. FromSoftware was quiet on the issue, and intrepid hackers that forced their way through the doors found little of note.


Well, their purpose is quite clear now: they're (mostly) PvP arenas. Step up to the Limgrave Colosseum to take part in United Combat or Combat Ordeal. The former option is a three-on-three team battle for points: gain points for kills, and lose points for respawns. Meanwhile, the latter is a free-for-all with the same point system. 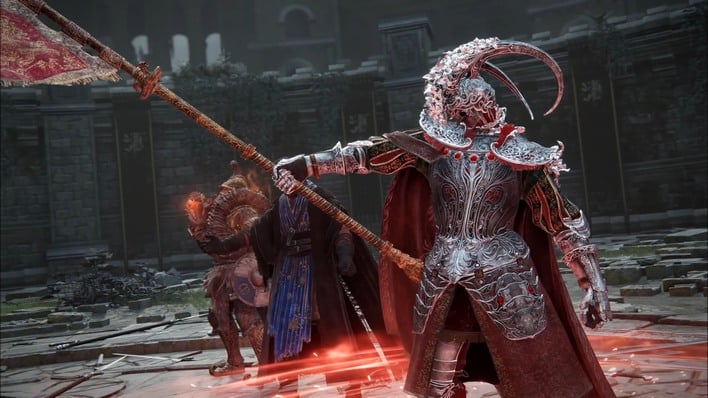 At the Royal Colosseum in Leyndell, you can instead step up to get smashed in one-on-one duels to the death against strangers, without the possibility of respawns. Finally, if you prefer, you can ride over to ruined Caelid's Colosseum to try any of the aforementioned modes with Spirit Ash summoning enabled, which should make Combat Ordeal quite a Charlie Foxtrot.


Besides the new PvP arenas, the update brings myriad other changes. Some of those are PvP-specific balance adjustments that change how certain weapons and spells affect other players. While this kind of balance can be controversial, it's nice to let PvE players keep their overpowered nonsense. There are also a bunch of general balance adjustments, too, including significant buffs to daggers, axes, hammers, flails, twinblades, reapers, and fist weapons. 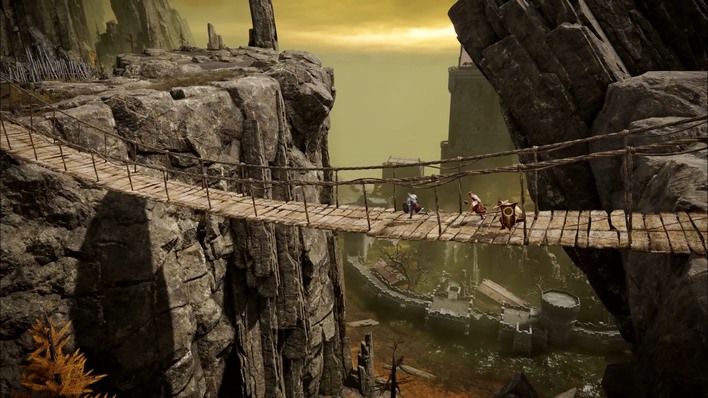 Of course, the part of the update your author is most excited about are the five new hairstyles: a viking mullet, swept-back anime spikes, a messy chignon, low braided twintails, and high anime twintails. Finally, players will be able to make Vergil, Minato Aqua, and Hatsune Miku.

The free patch is out now and available for all platforms, including both extant PlayStations, both extant Xboxes, and Steam; you can read the full patch notes over at Bamco's site here. There's still no sign of the promised ray-tracing update, but we expect it'll come along with the paid expansion early next year.