AMD is tired of playing second fiddle to the competition and is making a spirited run for the performance crown, both in CPUs (Ryzen 5000 series, or Zen 3) and GPUs (Radeon RX 6000 series, or RDNA 2). At the very least, things are about to get very interesting. Coming along for the ride is EKWB, a stalwart in the liquid cooling business, which is teaming up with AMD to release some specially designed water blocks and cooling products.
Frank Azor, one of the co-founders of Alienware who joined AMD as its chief architect of gaming solutions last year (and who we spoke with a few months on our 2.5 Geeks Podcast), gave EKWB a shout out during the Radeon RX 6000 series launch even yesterday. The image above is a slide he shared, showcasing some of the company's upcoming cooling products for AMD's hardware.
"We've also been working with various partners like EKWB on holistic water cooling designs to help level up and customize your AMD builds even further," Azor said during the event. 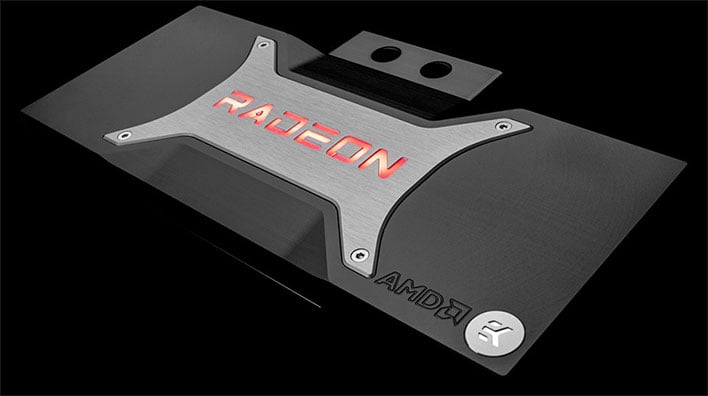 EKWB also teased its upcoming products on Twitter, saying it is "rolling out the red carpet" for the Radeon RX 6000 series. In the image above we can see a full-coverage water block for AMD's newly announced cards. The render certainly looks attractive to my eyeballs, with a brushed metallic finish and the Radeon branding lit up (possibly with RGB lighting). This is a definite deviation from some of the transparent acrylic blocks that EKWB has pumped out over the years.
The company also shared a render of a water block for AMD's Ryzen 5000 series CPUs. Here's a look... 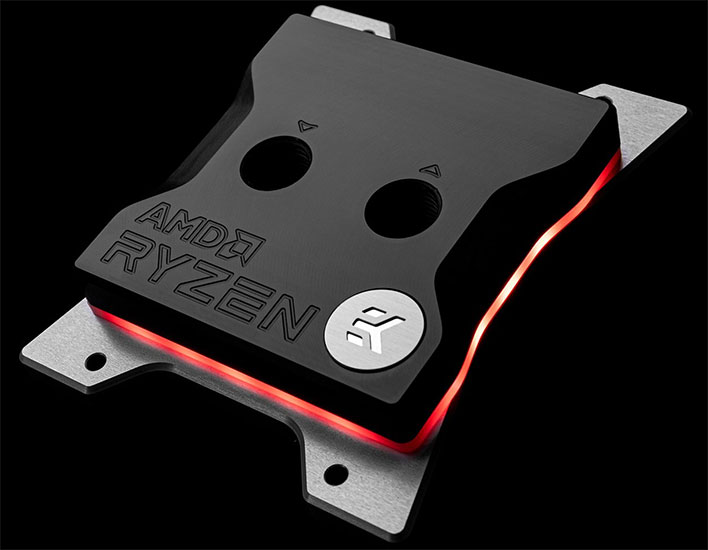