Black Friday might technically be a couple of weeks away, but you can start saving on various purchases right now. We have been highlighting different tantalizing deals that have appeared early, like 70-inch TVs priced as low as $399, and a free Google Stadia bundle for YouTube Premium subscribers. And the deals keep coming. If it is a storage product you are after, a bunch of WD and SanDisk media is marked down by up to 60 percent ahead of Black Friday.
Be advised that, as currently advertised, these are a collection of "Epic Daily Deals," meaning they are one-day discounts. It is possible some of the same products will get marked down again this month, but if you see something that catches your eye, you are better off pouncing than waiting. So it goes, during the annual season of deals.
Let's kick things off with the generously capacious 4TB WD Black P10 Portable Game Drive pictured up top. It is on sale for $90.99 at Amazon (save 30 percent). That is very close to the lowest price it has ever been (it dipped a just few dollars below for a brief time in July), and is a good value for the amount of portable storage.
This is primarily meant for gamers who want to expand their storage for titles on their Xbox One, PlayStation 4, or PC, but can be used to store any kinds of files. It also features a durable metal top cover. 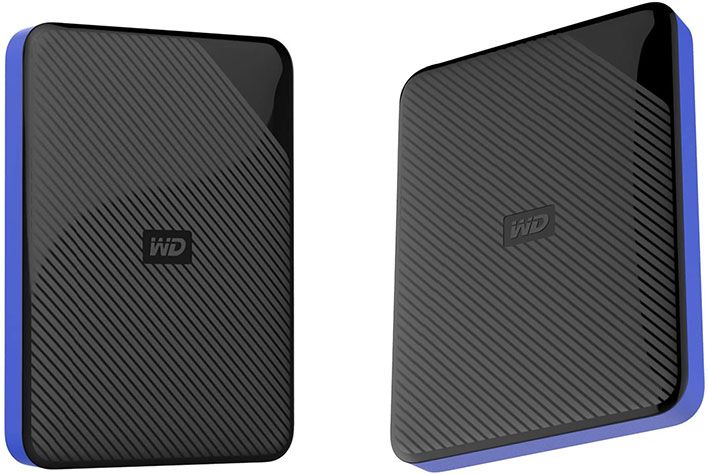 The PlayStation 5 is Sony's shiny new console, but if you are sticking with the PS4 for a bit, WD offers a portable drive specifically for it. At least from a marketing perspective. It's the WD Gaming Drive Works With PlayStation 4 (how's that for a long name?), and the 2TB model is on sale for $61.99 on Amazon (save 31 percent).
This is basically a portable drive in a snazzy-looking black enclosure with blue accents. This is not officially endorsed by Sony, but WD's pitch is it affords "an easy set-up [that] lets you plug in the drive and start playing in a few moments, while a compact design and blue highlights help it seamlessly blend in with your PlayStation 4." You could also connect it to a PC, if you just like the design. 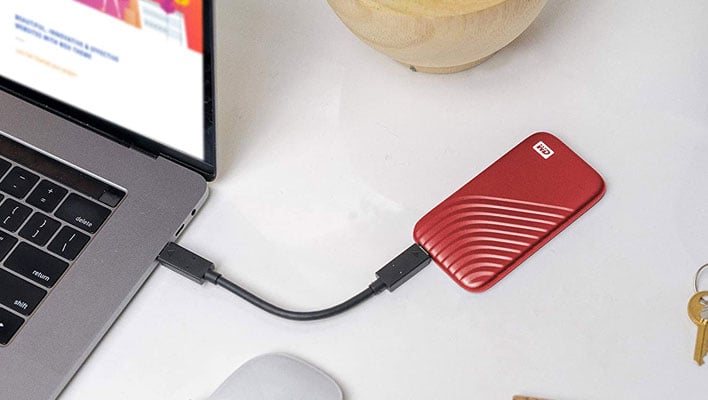 Here is one more option in the portable storage category—a 1TB WD My Passport SSD for $149.99 at Amazon (save 25 percent). It is easy to lug around, measuring 3.94 inches long by 2.17 inches wide, and is stylish, as far as external storage goes.
The 1TB of storage is served up by an SSD inside the red enclosure. It features a USB 3.2 Gen 2 Type-A interface and comes with both a USB-C to USB-C cable and a USB-C to USB-A adapter. If plugged into a USB 3.2 Gen 2 port, you can expect sequential read and write speeds of up to 1,050MB/s and 1,000MB/s, respectively, according to WD. 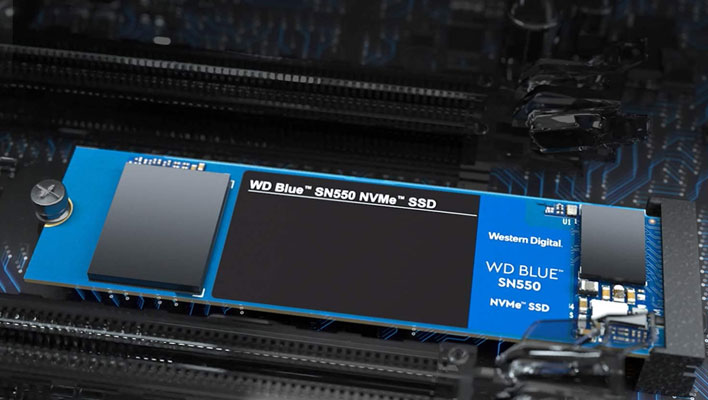 Switching focus to internal storage solutions, you can save on WD's 1TB Blue SN550 NVMe SSD. It's on sale for $94.99 at Amazon (save 24 percent) and delivers up to 2,600MB/s of sequential read performance and up to 1,800MB/s of sequential write performance.
This is a PCie 3.0 drive, so it is not on par with faster (and pricier) PCIe 4.0 models. However, it has a lot of pep in its step, particularly for the money. It was not that long ago when 1TB SSD priced under a Benjamin would be a SATA 6Gbps model. Speaking of which, here are a couple of other internal storage deals..
Those are both bulk storage options. The SSD is rated to deliver up to 560MB/s of sequential writes and up to 530MB/s of sequential reads, while the HDD trades speed for a better price-per-gigabyte ratio, and is a 5,400 RPM drive.

Save Up To 60 Percent On A SanDisk Extreme MicroSD Card 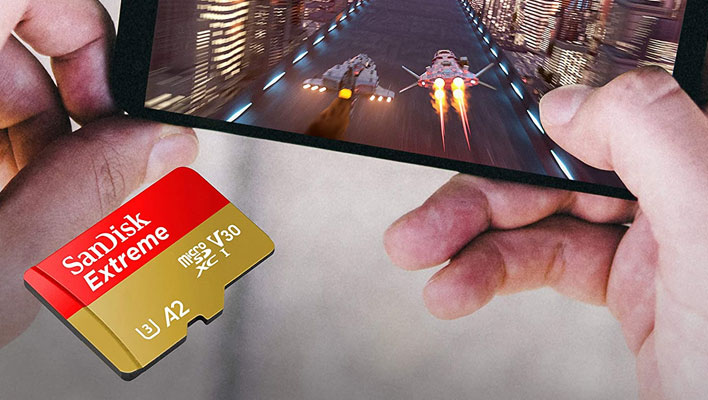 There are several SanDisk (owned by WD) storage products that are on sale as well. What you see above is a 1TB SanDisk Extreme microSD card for $182.99 at Amazon (save 59 percent). It offers read speeds of up 160MB/s and write speeds of up to 90MB/s, and according to SanDisk, it is built for and tested in harsh conditions. This is a good option for capturing 4K Ultra HD video, as it has the speed to keep up. It also comes with an adapter.
If you need less storage than 1TB, the 512GB SanDisk Extreme model is on sale for $79.99 at Amazon (save 60 percent) as well. The specifications are the same, and it comes with an adapter as well.
While these are some of the highlights, there are other WD and SanDisk storage products on sale, too. And of course be sure to bookmark us here at HotHardware, as well be highlighting noteworthy deals throughout the holiday season.