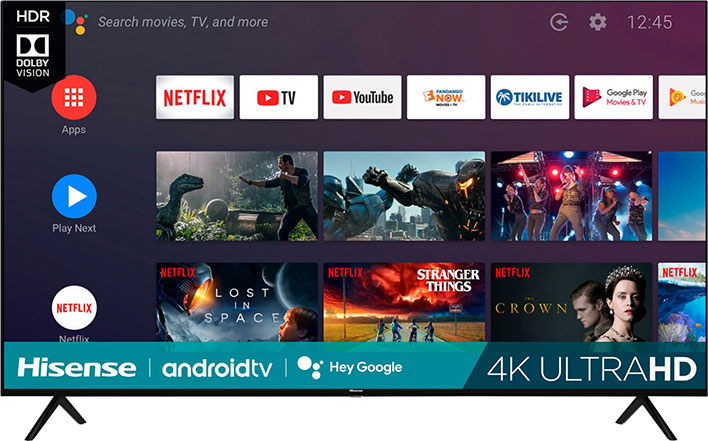 I'm still amazed at how far prices have fallen for big screen TVs, especially during the deals season that we know find ourselves in. And by "big," I don't mean a mere 55 inches, which is actually a decent size. No, I'm talking about 65-inch and even larger TVs. If that is what you are in the market for, you have options, several 70-inch models that are ridiculously cheap right now.
Starting with the least expensive, the Hisense 70-inch class H65 Series TV pictured above is just $399.99 at Best Buy (save $250). To put that into perspective, this massive TV costs less than both the Xbox Series X and PlayStation 5.
This is a 4K resolution TV with amenities like HDR (Dolby Vision and HDR10) and smart features. As it pertains to the latter, this is an Android TV with Chromecase and the Google Assistant built into it. This set also comes with a voice remote, along with DTS Virtual:X support and Bluetooth connectivity.
Of course, at this price, don't expect to get the best big-screen TV on the market. This is an entry-level model, and I would not expect the image quality to be on par with other 70-inch TVs that cost north for a grand. For the money, though, this is a great bargain. 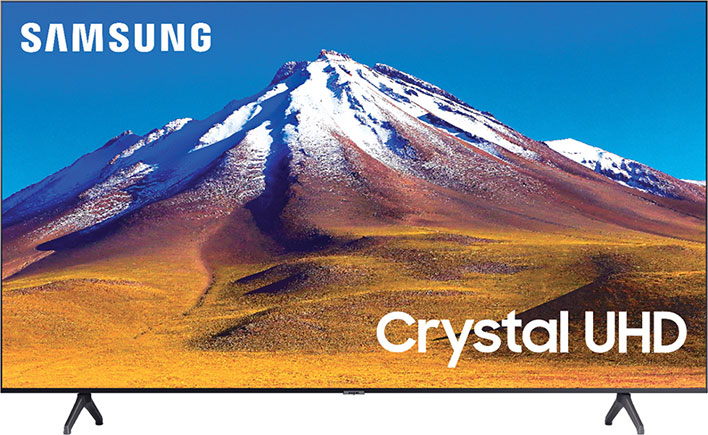 If you want to step things up a tad and/or prefer to roll with Samsung, you can score the company's 70-inch UN70TU6980FXZA Smart TV for $529.99 at Best Buy (save $220). Like the Hisense model, you're not going to get class-leading image quality. But again, we're talking about a TV that costs a fraction of what the top options run. And for what it's worth, it has a slightly better than 4.5-star rating from 262 user reviews.

This is also a 4K resolution model, with HDR support (HDR10+). For smart chores, it runs on Tizen and works with Amazon Alexa and Google Assistant. 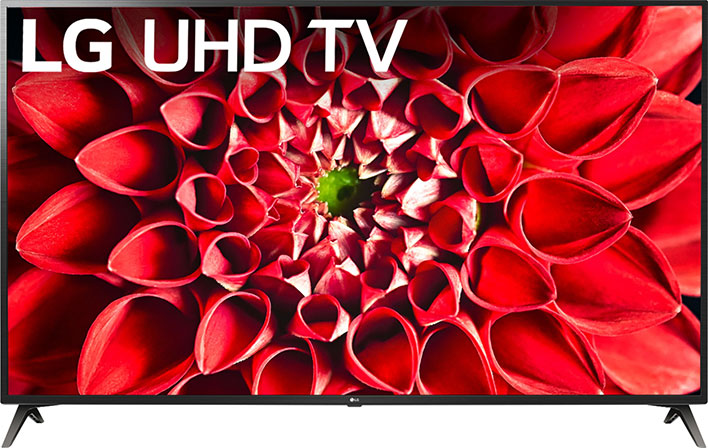 One more big screen model to consider is LG's UN7070, another 70-inch smart TV that's on sale for $549.99 at Best Buy (save $50). Like the others, this one falls into the entry-level category, and it too has a lot of positive user reviews (nearly a perfect 5-star rating out of 462 user evaluations).
This is a 4K resolution TV as well, with HDR support (HDR10 and HLG). It also features Apple Airplay 2 and Apple HomeKit built in, and works with Amazon Alexa and Google Assistant for voice control. Smart chores are powered by webOS.
All of these models have a native 60Hz refresh rate. And like most TV sets do, they use tricks to sort of simulate a faster refresh rate. The best image quality will be obtained from disabling those tricks, as well as performing other types of calibrations.
Some of the highest-end models offer HDMI 2.1 connectivity, which supports 4K at 120Hz and variable refresh rate (VRR) for gaming. These typically cost a lot more, though, at least for a 70-inch (or bigger) model. However, if that is what you are after, Best Buy offers several options that are worth checking out.