The old adage that cheaters never prosper clearly didn't take online PC gaming into account, because things like aimbots and other sketchy tools continue to be a big problem. Fortunately, game developers and publishers take the issue seriously and are constantly coming up with anti-cheat mechanisms. As such, Electronic Arts has announced a kernel level solution it developed in-house called EA AntiCheat (EAAC), and it's rolling out first to FIFA 23.
According to EA, developers who build PC cheating utilities are increasingly focusing their efforts at the kernel level, "so we need to have kernel-mode protections to ensure fair play" and to create an "even playing field."
"Third party anti-cheat solutions are often opaque to our teams and prevent us from implementing additional privacy controls or customizations that provide greater accuracy and granularity for EA-specific game modes. With EAAC we have full stack ownership of the security & privacy posture, so we can fix security issues as soon as they may arise," says Elise Murphy, Senior Director, Game Security and Anti-Cheat at EA.
In theory, it's a logical approach to tackling one of PC gaming's biggest issues. As EA points out, cheat programs that operate in the kernel space fly under the radar of many current anti-cheat solutions. So, the publisher's solution is to hop into the same space to more effectively root out hacking tools and catch cheaters red-handed. 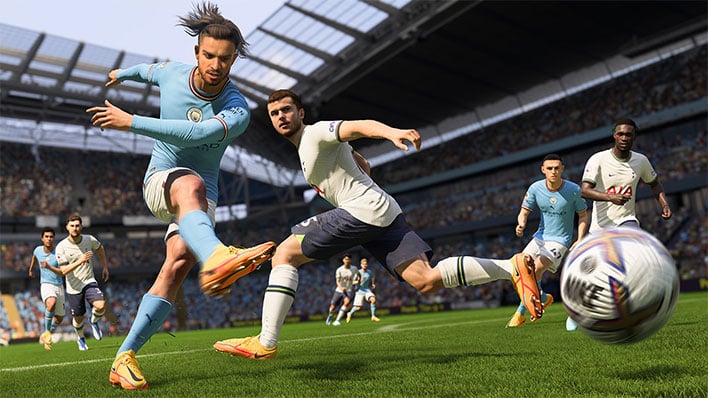 EA says this won't be applied to every game it publishes. Single-player titles and games without competitive ladders or leaderboards may see a different scheme, or none at all. However, in games like FIFA 23 that offer a single-player mode in addition to multiplayer, EAAC will still be required. According to EA, cheat developers sometimes use single-player modes to reverse engineer a game and to experiment with tampered game files.

The obvious concern is that granting a game such deep access to PC resources creates a potential security risk. In an FAQ on the subject, EA attempts to downplay this, saying its anti-cheat team is "composed of some of the best security engineers in the world."
"We’ve also worked with independent, 3rd party security and privacy assessors to validate EAAC does not degrade the security posture of your PC and to ensure strict data privacy boundaries," EA says.
EA also says its anti-cheat team is performing daily tests and continuously running penetration tests internally. Additionally, EA vows to "make sure that potential issues get addressed as quickly as possible," and has a process for disclosing potential vulnerabilities.
Still, that's a lot of trust to put into EA and it will be interesting to see how this all plays out.
** Editor's Note: We've partnered with Cheat Happens for a fantastic giveaway promotion of five GeForce RTX 3080 video cards. Cheat Happens creates cheats and trainers for single-player games only. It's been in business for over two decades and has a strict no-multiplayer policy. Even for gray area games like Elden Ring, Cheat Happens only supports offline usage.