Doom Eternal, Here's All We Know Including Minimum And Recommended PC Specs 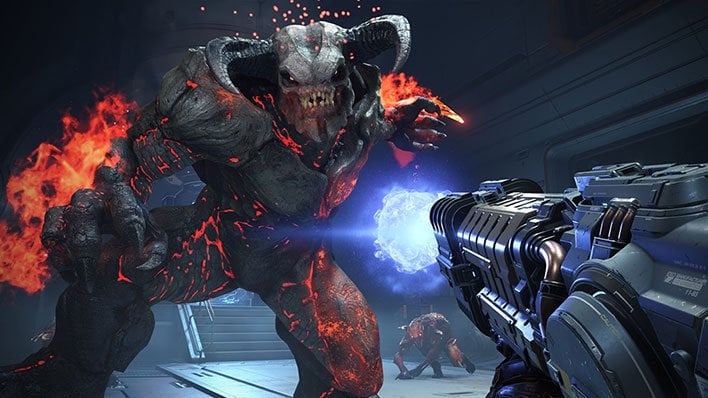 Information regarding id Software's incoming Doom Eternal has been coming in at a furious pace in recent weeks. We recently learned that the id Tech 7 engine is capable of sustaining 1,000 fps (if your hardware can handle it), and we're now getting a glimpse at the minimum and recommended specs for the follow-up the 2016 Doom reboot.

The minimum specifications for Doom Eternal aren't too taxing, and should easily run on a gaming rig that is more than a few years old (as long as you have a relatively modern graphics card):

Needless to say, the minimum specs should allow you to run the game at 60fps at 1080p resolution, while the recommended specs will afford you the ability to hit 60fps at 1440p resolution. In other Doom Eternal news, the game will have a v1.01 Day One update available that will weigh in at 5.1GB. This will be a separate download from the main game file. 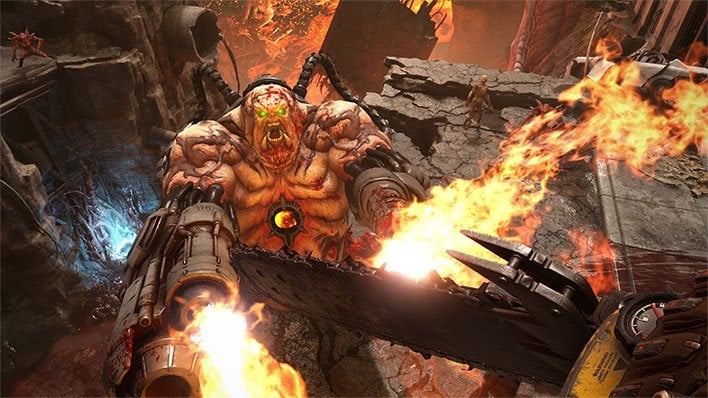 Doom Eternal will launch on March 20th for most major gaming platforms including PC, Xbox One, PlayStation 4, Nintendo Switch and Google Stadia. It was originally supposed to launch on November 22nd, 2019, but id Software decided to opt for baking its "cake" in the oven a bit longer for "speed and polish" reasons.

The hype surrounding Doom Eternal is also growing due to the fact that id Software has already declared that it will be "the best game we've ever made." That's a pretty high watermark for id Software, so hopefully Doom Eternal will deliver the goods upon release. As with previous games in the franchise, Doom Eternal will have you blowing apart wave after wave of demons using familiar standbys like flamethrowers and chainsaws. In addition, the Ultra-Nightmare mode will be available for all to try -- if you dare -- from the start. This mode was originally only accessible in the Doom reboot after gamers had already completed the game.