Tips On How To Dominate Destiny 2: Shadowkeep Guardian Games

The 2020 Summer Olympic Games have been postponed, but a new Destiny 2 event is just getting started. Bungie recently introduced the Guardian Games, a class competition between players. Here is what you need to know for your class to dominate in the Destiny 2 Guardian Games.

First and foremost, the Guardian Games are free and open to all Destiny 2 players. You do not need a Season Pass to participate in the games. The Guardian Games will open on April 21st during the weekly reset and will end on May 21st at the weekly reset. Bungie recommends that players log in a little early on April 21st to make sure that they have successfully installed Update 2.8.1. This update is required to participate in the event.

How to Earn Points For Your Class In Guardian Games

Laurels will be dropped by other players during activities. However, laurels will not drop in Gambit or Crucible until the end of the match. It is important to note that unrecovered laurels will not be sent to the Postmaster. Players will therefore want to keep a special eye out for the laurels.

All Classes Are Not Created Equal Nor Are Class Medals

Some players are concerned that the Hunters will dominate. The Hunter class is currently the most popular class in Destiny 2. Bungie has promised that the medals will be weighted slightly differently for each class, so that the Titans and Warlocks have a chance to win. They have also assured players that this change does not prevent Hunters from winning the whole thing. 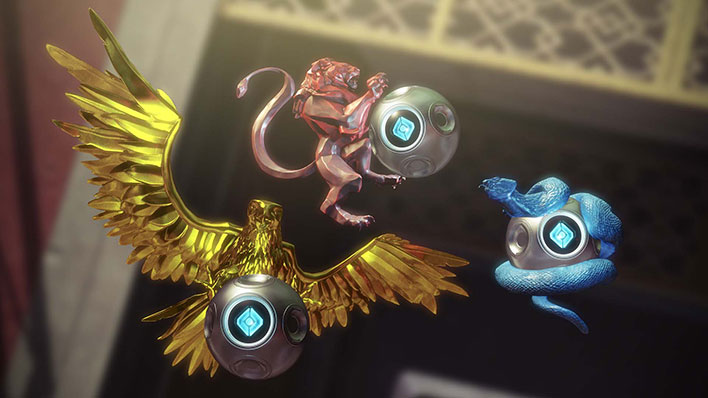 Bungie has also teased that there will be a new Exotic Machine Gun. The weapon is likely named the “Heir Apparent” and data miners have discovered that it will feature the Heavy Slug Thrower perk and Armor of the Colossus perk. The Heavy Slug Thrower Perk prevents the weapon from firing until it has been fully spun, while the Armor of Colossus perk throws an Arc shield around the player if they are firing while also at full health. The weapon will probably be earned through a quest, but Bungie is currently keeping this card close to their chest.

To top it off, Tess Everis will sell a variety of Guardian Games goodies. A special Finisher can be purchased with silver, while other cosmetics will be available for Bright Dust. Thankfully all of the repeatable Guardian Games bounties reward players with Bright Dust, although at this time Bungie has not indicated the amount.

Interested in learning more about the current Destiny 2 season? You can check our guide on the Season of the Worthy here. The guide includes everything you need to know about Seraph Bunkers, Trials of Osiris, and new Exotic goods.