Destiny 2 Gunsmith Materials Will Soon Disappear, What You Need To Know

Guardians, when was the last time you visited Banshee-44? A senior Bungie community manager recently stated that Destiny 2 players will want to turn in their Gunsmith materials, as they will likely be phased out with the upcoming Destiny 2: The Witch Queen expansion.

Senior Bungie community manager "dmg04" tweeted that the next "This Week At Bungie" (TWAB) post will include “gunsmith updates.” He further remarked, "Spend your gunsmith [materials]." More official news will be available later this week.

Destiny 2 players are able to acquire Gunsmith materials whenever they dismantle gear that is of Rare quality or higher or through specific Ghost mods. They can then be given to Banshee-44 in the Tower to increase one’s reputation with him and in turn receive weapons and mods. They are incredibly easy to acquire as weapons and armor drop often and players tend to dismantle the majority of gear they receive. 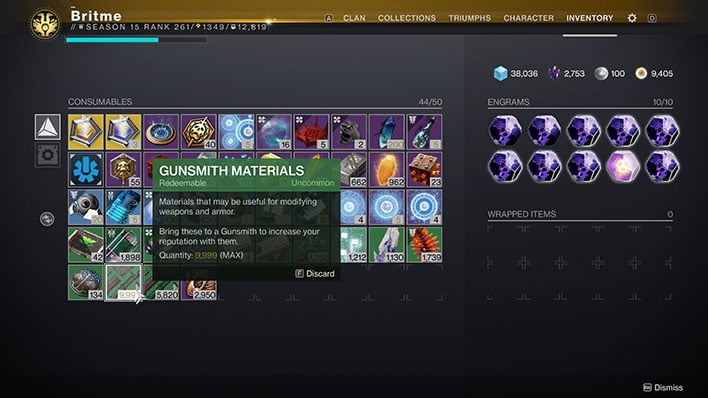 We doubt anyone will be especially upset if Gunsmith materials completely disappear from the game. Most Destiny 2 players have hundreds, if not thousands, of Gunsmith materials and there is only one way to truly spend them. Some people have argued that Bungie should make Gunsmith materials part of the new weapon-crafting system in the Witch Queen expansion. However, Bungie has indicated that it would not want to do this so that veteran players do not have a significant advantage over newer players with the system. We do not know what will be included with the weapon-crafting, but we would guess that if it requires materials it will be with something entirely new. We also suspect that the weapon bounties Banshee-44 currently offers will go the way of the dodo with the expansion. 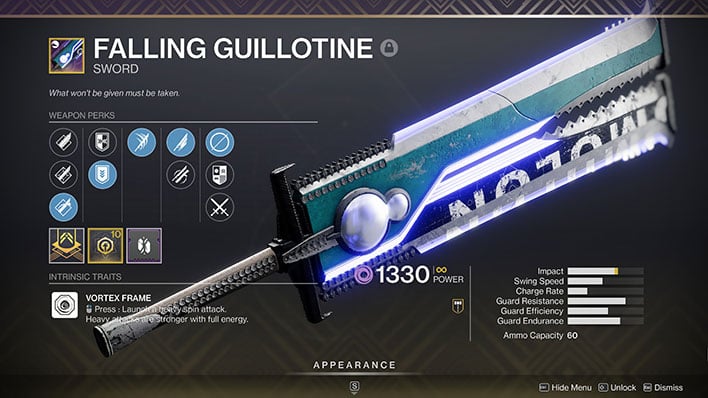 Many of the weapons Banshee-44 gives in exchange for the Gunsmith materials will likely be junk. Nevertheless, there are a few weapon rolls we would recommend looking out for. We learned in the last TWAB that there will be Overload Bows and Scout Rifles and Anti-Barrier Auto Rifles and Submachine Guns in the next season. Some of our recommendations are therefore based on this knowledge while others will be suggested due to their damage capabilities. All of these weapons are fan or personal favorites.
We would highly recommend checking out Dattos’ video on rolls to look out for when turning in Gunsmith materials. He especially focuses on PVE combinations as that is his specialty, but he has a few suggestions for PVP rolls too. Light.gg and Destiny Item Manager would also be good places to check out recommended weapon perks.

Would you be sad to see Gunsmith materials go? Let us know in the comments below.