The next major expansion for Destiny 2, known as the "Witch Queen" expansion, is still over three months away, but that's not to say that there's no content on the horizon. As it announced at the showcase in August, Bungie's living game is slated to be the biggest part of the company's 30th Anniversary celebration, with a tightly-packed parcel of content arriving on Guardians' doorsteps December 7th.

The free anniversary event is going to include a new six-player activity called Dares of Eternity. Players can match with five others to "unravel secrets and [earn] rewards that commemorate [Bungie's] long and storied history." Apparently, the activity will be similar to Astral Alignment, and it will revolve around the Nine.


There's also an anniversary pack with a bunch of goodies. Buyers get a new three-player dungeon that Bungie says is inspired by the "famed Cosmodrome loot caves of yore." That should sound familiar to veterans of the first Destiny game, as should the distinctive report of the Gjallarhorn rocket launcher. It's coming back, too, by the way, and is said to retain its signature Wolfpack Rounds perk. 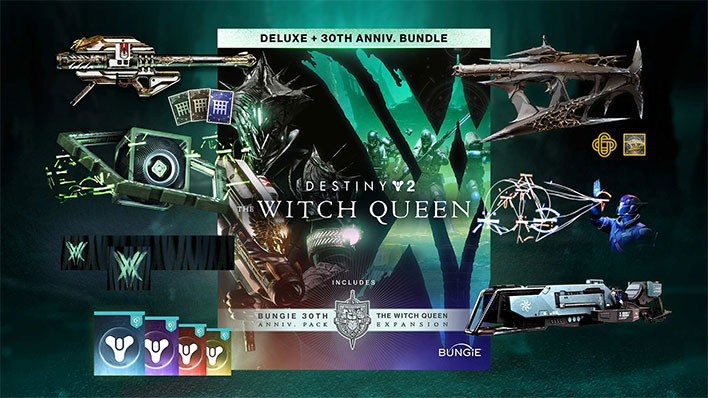 Also newly-available in the anniversary pack mission are other items that call back to classic Bungie titles, including a Thorn-inspired armor set, Destiny weapons like the Thousand Yard Stare, and a claymore sword from Bungie's classic PC RTS, Myth. There's also a Bungie Streetwear ornament set, a Marathon-themed ornamet set, and myriad other miscellany, including emblems, shaders, emotes, and so on.

Not to be found in the pack: anything to do with Halo. Halo is inarguably Bungie's most noteworthy property, but sadly, ownership of the game series is in Microsoft's hands, not its original creators. Technically we don't know that the update won't include Halo gear or goodies, but it does seem a bit like Bungie would be shouting from the rooftops about it if it did. As it stands, there's no mention of any such thing.

If it seems like the 30th Anniversary pack is just the thing to tide you over until the Witch Queen update, you can pick it up for $25 at Bungie.net before its release on December 7th.