Had things gone to original plan, Halo Infinite would have released as a launch title for Microsoft's Xbox Series X|S last year. That obviously didn't happen. More concerning, however, is that what 343 Industries showed off last year was underwhelming, to put it nicely. The disappointing graphics sparked memes, and even Domino's Pizza poked fun at the gameplay reveal. Good news though (great news, actually)—the first gameplay trailer in over a year looks absolutely gorgeous.
You can hear Halo fans taking a collective sigh of relief as Microsoft and 343 Industries dropped a campaign trailer today. It's over six minutes of game footage, including a mix of cinematic cut-scenes and actual gaming, and every bit of it looks much spiffier than what was shown off in 2020. It's looking like the delay was most definitely worth it.
Have a look for yourself...

Master Chief has never looked better, and we also see a new Cortana. Oh, and remember how Craig the Brute looked a year ago? We only get a brief look at him in this updated trailer (fast forward to the 2min47sec mark and then don't blink, and then again at the 6min14sec mark for a CGI visual), but he's far more menacing now. He also apparently grew a beard since last time we saw him.
To be quite frank, this is the kind of improvement we were hoping to see, though perhaps not necessarily expecting. And it's garnering plenty of positive responses on Twitter. 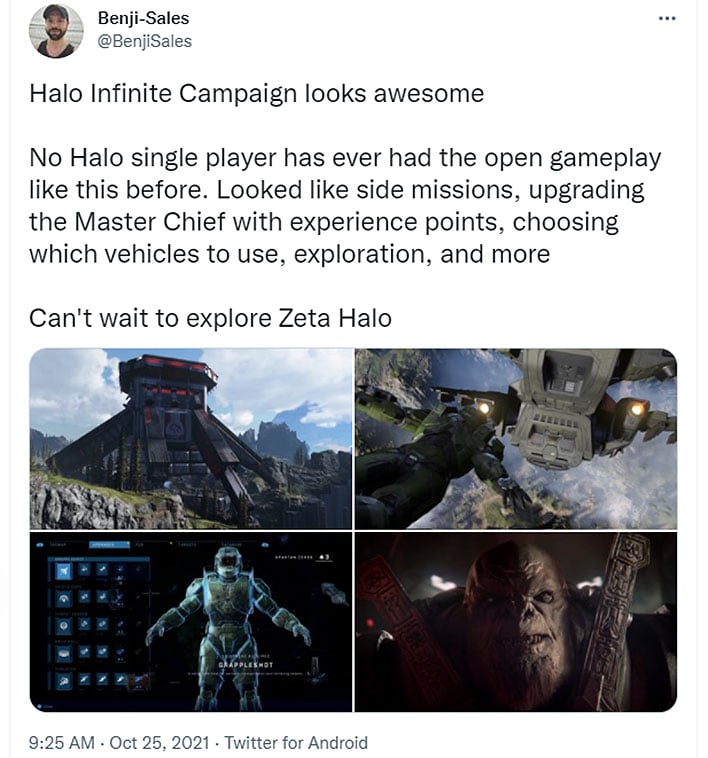 One user on Twitter commented, "This is the reason I got an Xbox Series X," while another noted it "looks f**king amazing and I'm hyped to see that it's going and doing well."
There is quite a bit packed into the new trailer, from weapons and vehicles, to health bars (and other UI elements) and some nifty explosions. Perhaps underrated is how the trailer sounds, too—the voice acting and sound effects both do the game justice, from what we can tell.
According to Microsoft, Halo Infinite is the "biggest Halo experience" to date. It is available to pre-order now and will release on December 8, 2021. It will also be available on Xbox Game Pass at the same time.