Bungie Outlines The Dos And Don't Of Destiny 2 Cross-Play

There is one month left of Destiny 2’s Season of the Splicer and Bungie has begun to offer a glimpse into what players can expect for the next season. One of the biggest changes coming to Destiny 2’s Season 15 is cross play. Guardians across Xbox, PlayStation, PC, and Stadia will finally be able to play with one another.

Players have been traditionally identified in Destiny 2 by their gamer tags which are created through one’s chosen platform. For example, PC players create their gamer tag, and therefore their name in Destiny, through Steam. However, this will not be possible once cross play is enabled. This is because cross save will also be enabled and Bungie does not want the names of one’s friends to constantly change depending on the device they are using.

Destiny 2 players will soon need to choose a name through the Bungie Name system. This will allow players to always know which of their friends is online. Bungie will begin “stripping out all characters that we are unable to display in the game or that can't be typed into the player search box via console virtual keyboards.” This means many of the longer Steam names will no longer be usable. Bungie will also be using a system to weed out offensive names. This process may result in some player names with no characters or player names that are unintentionally offensive. These players will simply receive the name “Guardian [Random Number]”. 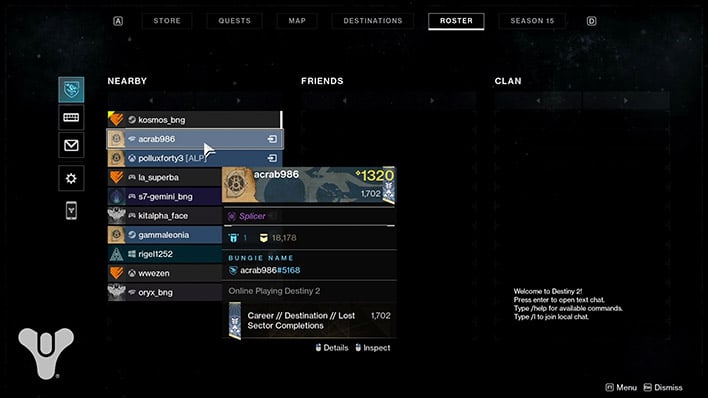 Unfortunately, there will not be a name changing feature at the launch of this new system. Bungie promises that this feature will be available sometime this winter. Choose your new name wisely, Guardian.

There will now be three different ways to add friends. According to Bungie, they are as follows:
Players will now receive in-game notifications when they have a fireteam invite. They will be able to go to the new invite section under the Roster screen to accept or deny the invite. Players can also block others and adjust their social privacy settings through this screen. 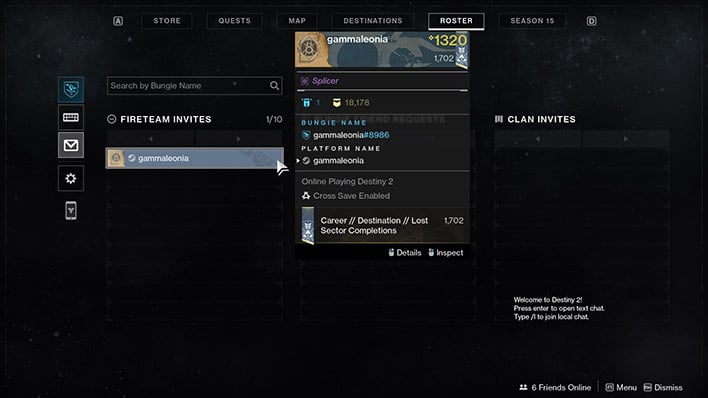 It is also important to note that cross play will not be entirely enabled for PVP. PC players will continue to match with PC players and console players will continue to match with console players. The one exception is if there is a fireteam with both PC and console players. That fireteam will be matched with the PC player pool. This system does not apply to PVE where there will be one “global matchmaking pool.” Players across all platforms will therefore be able to raid, play Gambit, take on strikes, and other PVE activities to their heart’s content.

Bungie tested out cross play this past season through a Vanguard Strikes matchmaking beta. Guardians who participated in the beta received an emblem. We personally found that the beta went quite smoothly, but are curious to see how this system will work on a larger scale.

Are you excited for cross play in Destiny 2? Let us know in the comments down below?