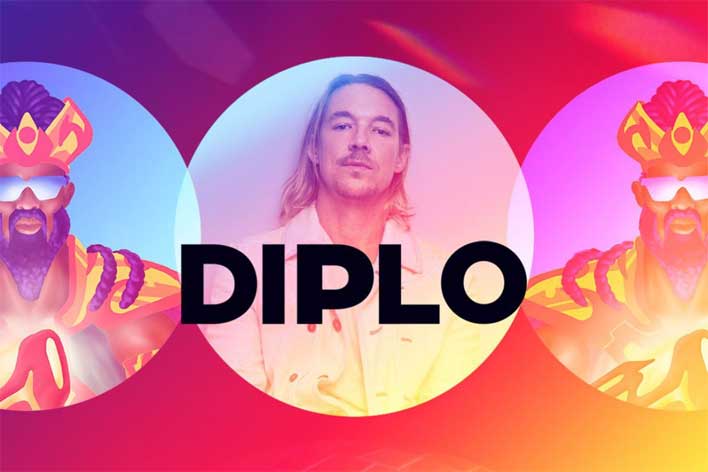 Fortnite has been busy tweaking the game to make it more social than competitive in some modes. One of the social things that Fortnite has been doing is hosting concerts that fans can come and listen to. These concerts have been a success for Epic Games so far. A surprise DJ Diplo concert happened last night.

Last week Fortnite hosted a Travis Scott concert called Astronomical that saw the game break participant records with as many as 27.7 million unique players participating live across the five events for the Travis Scott concert. Fortnite hosted another concert that took place on the Fortnite Party Royale Main Stage last night and had a performance by DJ Diplo as the lead for the Major Lazer trio.

The main stage is located on the east side of the Party Royale island. It's likely that a lot of fans of Fortnite and DJ Diplo didn't know that the event was taking place. That would be because it wasn't advertised, and the first anyone heard of it was 30 minutes before it started via a Tweet. The good news is that fans can watch the YouTube video above to see the concert.

It's rather surprising that this concert wasn't heavily promoted considering how popular music events have been within Fortnite. Since it was relatively low-key, we don't expect participant numbers like the Travis Scott's concert had. The DJ Diplo concert doesn't appear to have come with any challenges either. We recently showed players where to go to dance to complete one of the Travis Scott Astronomical challenges.