The Cyberpunk 2077 launch for PC and consoles left much to be desired after many bugs and glitches ruined the play experiences. However, the company behind the game, CD Projekt Red, has been working hard to recover from the nightmare, and it seems things are now going in its favor. Cyberpunk 2077, which was once removed from the PlayStation store, has seemingly reappeared in what could be a return to grace.

On December 17th, Sony decided to pull the plug on Cyberpunk 2077 after game-breaking bugs hampered the initial launch. It is now six months later, and we are several patches deep, like Patch 1.2, which fixed several problems but brought in new ones. Regardless of the new issues, it was thought that this patch was a step in the right direction to bringing back Cyberpunk 2077 to the PlayStation store. 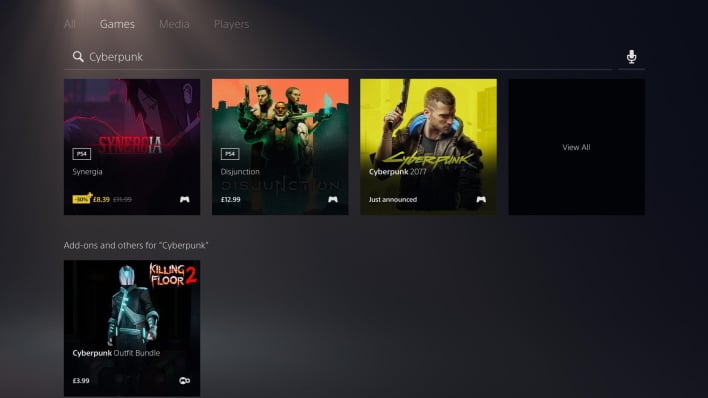 However, Sony has been silent about the situation until today. Earlier this morning, IGN spotted Cyberpunk 2077 on the PlayStation store with the tag “Just announced.” Now, SIE has confirmed that the once-troubled game is making a return to the store for gamers to buy and play on June 21st.

The only caveat to this is that people should not play the game on a base PlayStation 4 as CD Projekt Red still has work to do there, as explained by a Sony spokesperson to Polygon.  No matter what, this is still something to be celebrated by Cyberpunk 2077 fans across the Sony ecosystem. Hopefully we will see how the game finally looks on the PlayStation after the dry spell, so stay tuned to HotHardware for updates.