Cyberpunk 2077 Is All In On Ray Tracing, Here’s What GeForce RTX Gamers Can Expect

One of NVIDIA's major selling points when it introduced its GeForce RTX graphics cards based on Turing was the presence of dedicated RT cores to handle ray-traced visuals. It has been somewhat of a slow march to ray-traced territory by developers, though things have certainly improved. And looking ahead, Cyberpunk 2077 will embrace ray tracing effects in a big way.
Cyberpunk 2077 is one of the most anticipated games in recent history. We are optimistic it will live up to the hype. It should certainly look gorgeous, if nothing else, from what we have seen so far.

"In addition to featuring CD Projekt Red’s fantastic open-ended gameplay, Cyberpunk 2077 is also blessed with jaw-droppingly beautiful, cutting-edge graphics with unprecedented levels of detail, and stunning sights. And on PC, things will look even better thanks to an NVIDIA – CD Projekt Red technical partnership that’s bringing four immersive ray-traced effects to the game," NVIDIA said.
Some of this was shown off in a new Cyberpunk 2077 trailer that dropped yesterday. However, NVIDIA also provided some additional screenshots and details about what ray tracing effects will be featured in the game. There are four of them. 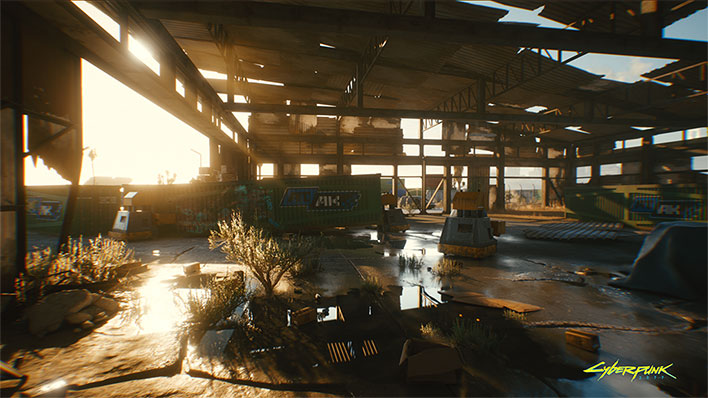 Cyberpunk 2077 will make use of ray-traced diffuse illumination, which captures sky radiance and emissive lighting from different surfaces. NVIDIA says this is a difficult task to replicate with rasterized rendering techniques. If you own a GeForce RTX graphics card and enable ray tracing, you will see billboards and other illuminated objects brighten their surroundings.
GeForce RTX owners will also benefit from ray-traced reflections, which are used on all surfaces in Cyberpunk 2077. According to NVIDIA, this will be extended for up to several kilometers, providing realistic reflections across sprawling view distances in the game. The effect is also present on both opaque and transparent objects.
"Unlike screen space techniques that only reflect what’s on screen, ray-traced reflections incorporate the entire scene around the character and can accurately represent objects outside the camera view or facing away from the camera," NVIDIA says. 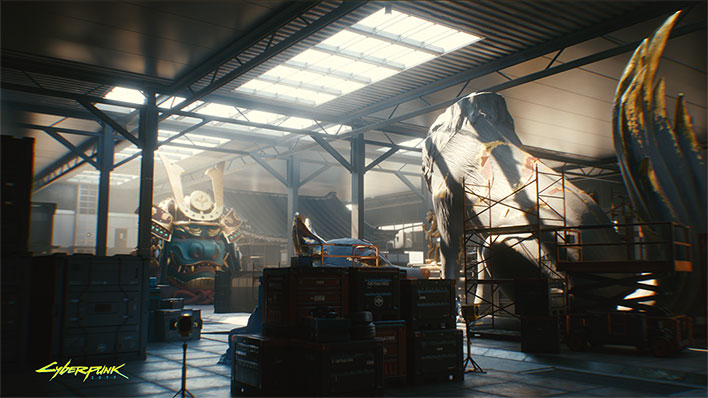 A third ray-traced effect that has found its way into Cyberpunk 2077 is ray-traced ambient occlusion. This is a shading and rendering technique that determines how exposed different parts of a scene are to ambient lighting.
Going along with this are ray-traced shadows. As implemented in Cyberpunk 2077, NVIDIA says you will see directional shadows from the sun and moon light. This will vary by scene, depending on things like the strength of light and scattering of light through clouds.
These are all part of the DirectX 12 Ultimate API, for which NVIDIA is the first to fully support with its GeForce RTX series. It is expected AMD will as well when its RDNA 2 architecture arrives, but for now, NVIDIA is the only game in town for all the features found in DX12 Ultimate, including the various ray-traced effects.
Barring a delay, Cyberpunk 2077 will launch on November 19, 2020, and is available to preorder now. It will be available for PC, PlayStation 4, and Xbox One. NVIDIA also confirmed Cyberpunk 2077 will be available on its GeForce NOW cloud game streaming service, with ray tracing and DLSS 2.0 support in tow.