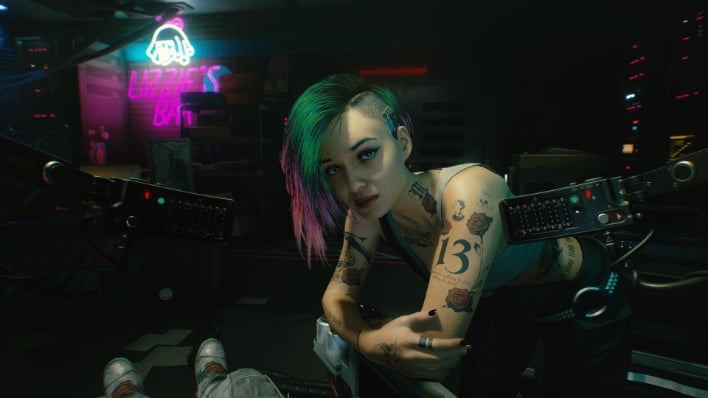 Cyberpunk 2077 is one of the most highly anticipated games of 2020, which is even more reason why the delays for the upcoming blockbuster have been a bitter pill for fans of the franchise to swallow. With that being said, CD Projekt Red has released two new gameplay trailers which should help tide gamers over until the game’s official release later this year.

The first trailer seen below, which was revealed today during the Night City Wire event, gives us a look at the game’s prologue through the eyes of the main character, V. Cyberpunk 2077 is all about choices, and gamers will have the ability to set a path for their character in the early moments of the game to create their own “origin story”, so to speak. You can fancy going the “corporate”, “nomad” or “street kid” paths to determine how the story unfolds as you play along.

There’s also a look the “Badlands” area, which is an open world-esque expanse set outside the city limits of Night City. Driving is a big part of Cyberpunk 2077 when navigating from locale to locale, and helps to give the game a bit of a Grand Theft Auto V vibe… albeit with vastly superior graphics set decades in the future.

The second gameplay trailer is much more thorough, coming in at just over 13 minutes in length. Titled “Braindance”, it shows you rather cool gameplay mechanics that allow you to essentially hijack another game character’s memories. A braindance consists of a recording of a person’s memories, and allows you to see, feel, and touch what the target subject did at a given point in time. The practice is considered illegal, but since when did that stop folks in the underground from taking part in nefarious activities?

It’s an excellent way to see and experience Night City from yet another perspective, and further expands the scope and replayability of the game. Seeing what’s at stake, it’s understandable that CD Projekt Red had to delay the game multiple times; there’s just so much here, and the devs want to get things right at launch for such a high-profile title.

In case you haven’t been keeping up with CD Projekt Red’s revised launch schedule, the game will be available on all major platforms – PC, PlayStation 4, and Xbox One – on November 19th. In addition, the game will also be available later on the PlayStation 5 and Xbox Series X with optimizations to take advantage of the vastly superior processor and graphics capabilities of those consoles compared to the current generation.