It's been an intriguing two years since the first PCIe 4.0 SSDs hit the market for use with AMD Ryzen 3000 (Zen 2) processors and the X570 chipset. Today, Micron is pushing forward with its fastest SSDs for the consumer market with the Crucial P5 Plus family.

"With data-intensive workloads on the rise, consumers increasingly demand high-performance storage solutions for their needs including engineering applications, video editing, content creation and gaming," said Teresa Kelley, VP, and GM for the Micron Consumer Products Group. "By using our powerful, industry-leading 176-layer 3D NAND, coupled with the latest high-bandwidth storage interface, the P5 Plus Gen4 SSD makes lightning-fast computing storage accessible for a broad spectrum of consumers in the market." 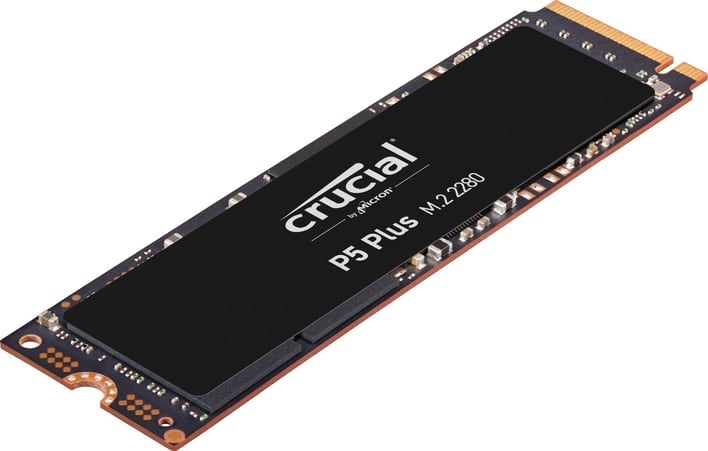 Over the past week, there has been a renewed interest in PCIe 4.0 SSDs, following the announcement that user-replaceable SSDs are now supported on the latest PlayStation 5 beta software update. The PlayStation 5 can support SSDs ranging in size from 250GB to 4TB, and they must have minimum sequential read speeds of 5,500 MB/sec.

In addition, Sony highly recommends that customers install a heatsink on the SSD to keep temperatures in check (something that we've seen already with user reports). We reached out to Micron to see if the new P5 Plus series would work with PlayStation 5 and were told that it "meets the requirements of the specs Sony has provided" but that it has not been officially certified/validated for the system. However, just slap a heatsink on the SSDs and you should be good to go.