Late last week, Sony released long-awaited beta software that allows PlayStation 5 gamers to take advantage of the empty M.2 slot in their consoles to expand storage with an off-the-shelf PCI 4.0 SSD. The PlayStation 5 comes standard with a non-replaceable 825GB SSD, but it can quickly fill up with games, making further expansion a necessity as more high-profile games come to market.

Now that more PlayStation 5 users are installing the beta software, they're sharing their experience on how performance is shaping up compared to the default SSD. One such user is Redditor DanCTapirson, who decided to test Samsung's impressive 980 Pro PCIe 4.0 SSD. The 980 Pro is rated for up to 7,000 MB/sec sequential reads and 5,000 MB/sec sequential writes.

Using the PlayStation 5's internal benchmarking tools, DanCTapirson achieved results as high as 6,072 MB/sec with a 250GB 980 Pro SSD. However, you would be well advised to heed Sony's warning regarding installing a heatsink on your SSD of choice due to high temperature readings, which were confirmed with these user tests.

DanCTapirson stated that with an ambient temperature of 25 degrees Celsius, idle temperatures for the 980 Pro hovered between 55 to 59 degrees. However, temperatures while writing (i.e., transferring games to the SSD) soared to 74 degrees. Read temperatures weren't much lower at 72 degrees while playing Returnal.

Given these results, he decided to slap on a double-sided aluminum heatsink that was within the clearance specs provided by Sony. With this modification, idle temperatures dropped to around 44 degrees, while read/write temperatures settled at 50 degrees, which is a dramatic improvement. 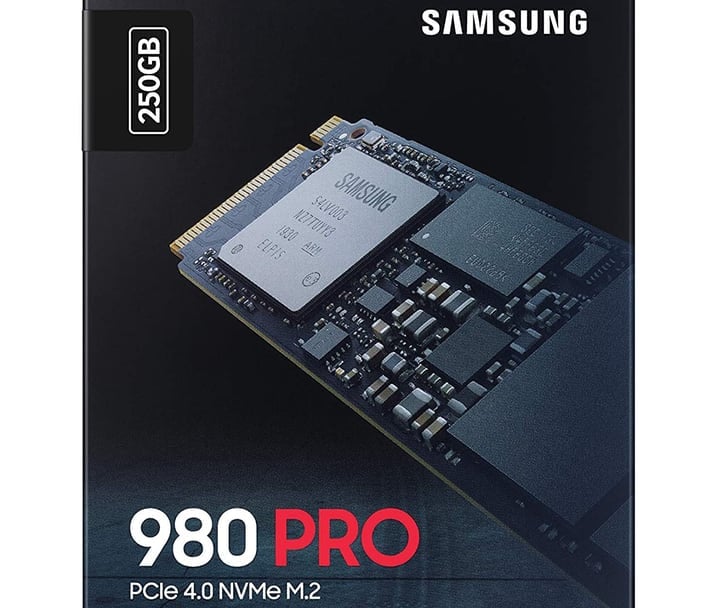 As for actual performance, the Samsung 980 Pro was very comparable to the PlayStation 5's internal SSD. Here are DanCTapirson's results in both Returnal and Ratchet and Clank:

As you can see, gamers shouldn't worry too much about any performance falloffs if they go with a third-party SSD to expand storage. As long as it meets Sony's minimum performance requirements, you should be good to go. Since the PlayStation 5 supports SSDs up to 4TB SSDs, this is a quick and easy way to bring more storage to your console that is just as fast as the internal drive. The only problem is that you're going to pay dearly to hit that 4TB upper limit. For example, the Sabrent 4TB Rocket 4 Plus, which meets Sony's performance metrics, will set you back $999.