Corsair is rolling out a handful of new all-in-one liquid coolers under its Elite banner, including the H150i RGB Elite, H115i RGB Elite, and H100i RGB Elite. Unlike some of Corsair's older models, these coolers all come with the necessary hardware for Intel's LGA 1700 socket for its Alder Lake platform. They also support AMD's upcoming AM5 platform for its future Zen 4 processors.
AMD is doing users a solid by retaining the same cooler mounting bracket on AM5 as exists on its current AM4 socket, even with the switch from a Pin Grid Array (PGA) package to a new Land Grid Array (LGA) 1718 package. 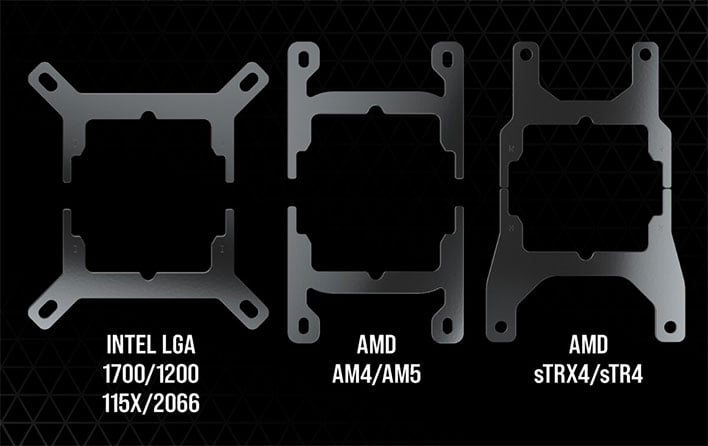 "This means there’s no need to purchase new brackets or replace your RGB Elite cooler when upgrading your system to the upcoming AM5 platform. The RGB Elite series also supports LGA 1700 out of the box for cooling the latest Intel 12th Generation Core processors, as well as legacy support for LGA 1200, LGA 115x, LGA 2066, and AM4," Corsair says.
Corsair says its new coolers come with tool-free mounting brackets for quick and easy installation on most sockets, as shown above. 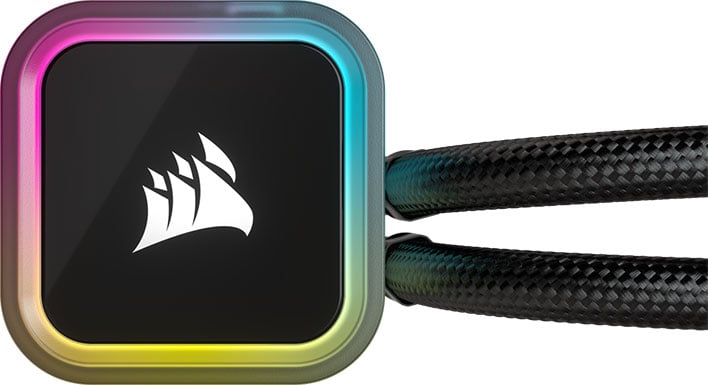 Physical compatibility is one thing, but by pointing out specific support for AM5, Corsair suggests its latest coolers will be up to the task of keeping Zen 4 sufficiently chilled.
In addition to bundling the necessary hardware for LGA 1700 and AM5, these are Corsair's first AIO liquid coolers to employ its new AF Elite series PWM fans. Also available as standalone offerings, the fans ship in black or white and in 120mm and 140mm sizes.
Corsair says these fans utilize "anti-vortex vanes to direct a narrow, forceful stream of air toward your hottest components, whether you use the fans with your radiator, or as intake or exhaust case fans." It's also promising low noise, in part through support for a zero RPM mode at low temperatures.

Here's a look at the latest lineup and how it compares in specs to Corsair's other Elite models... 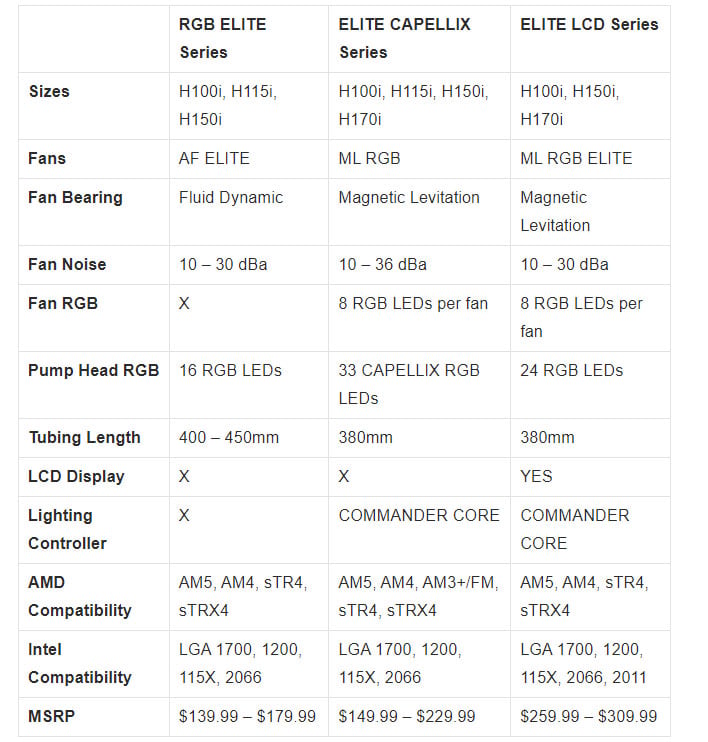 As for the fans in standalone form, the 120mm models (black or white) are listed at $24.99 and the 140mm models are priced at $29.99. Corsair says they're all available immediately on its webstore. We checked and all three new coolers had a "Notify Me" button, but we suspect they'll be in stock very soon, if not by the end of the day.