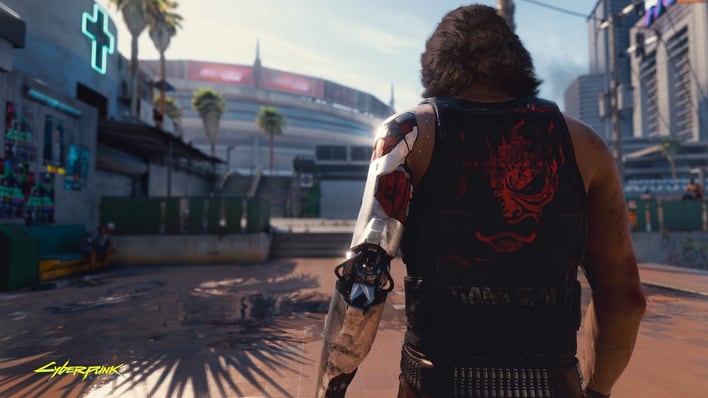 Over the weekend, we reported that CD Projekt Red issued its first major patch for Cyberpunk 2077 to address a truckload of bugs and performance issues that have plagued all versions of the game. The Cyberpunk 2077 v1.1 patch brought better memory management, which addressed many crashing and performance issues, along with fixes for glitches that prevented the completion of roughly a dozen missions.

But for all the strides that CD Projekt Red made with the v1.1 patch, it also introduced some new bugs at the same time. One such bug involves the "Down on the Street" mission, in which in-game character Takemura holocalls you for assistance. However, the newly introduced glitch kills the dialog with Takemura, which prevents you from being able to progress in the game.

What's even more infuriating is that reloading from a previous save game does not resolve the problem, which leaves you completely stuck in the mud. Although we're certain that CD Projekt Red will eventually push out a hotfix to address this latest progression bug, it has posted a passable workaround for now. It involves completing the following steps:

The v1.1 patch was CD Projekt's latest attempt to right the ship after its disastrous Cyberpunk 2077 launch in early December 2020. The numerous complaints resulted in customers receiving refunds, and Sony taking the drastic step of delisting the game from the PlayStation Store. The company is also facing multiple class-action lawsuits for misleading investors over the unfinished nature of the game prior to launch.

Looking to the future, CD Projekt Red has promised a second major patch for February that will address any addition issues that are still plaguing the game.