If you thought Amazon wanting drivers to submit to biometric surveillance was bad, these recent revelations take the cake. Colombia-based call center workers, who perform outsourced customer services for some of the largest companies in the US, are now reportedly being pressured into signing a contract allowing their employer to install cameras in their homes to monitor work performance.

Teleperformance is one of the world’s largest call center companies with nearly 400,000 employees and clientele, including Apple, Amazon, and Uber, among others. Now, in a new ground-breaking report from NBC, six workers for the Colombian company, even working on contracts for these companies, have come forward with concerns about a surveillance agreement. First issued in March by Teleperformance, the document, once signed, would allow “monitoring by AI-powered cameras in workers’ homes, voice analytics and storage of data collected from the worker’s family members, including minors.”

A worker in the capital city of Colombia, Bogota, spoke to NBC on condition of anonymity, saying that “The contract allows constant monitoring of what we are doing, but also our family.” She had concerns about having a monitored camera in her bedroom but had to sign the contract under threat of being pulled from the Apple account or even losing her job. 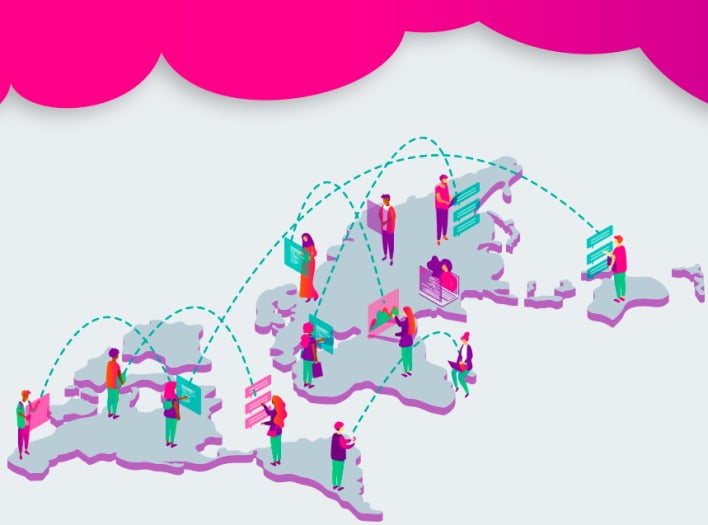 What is concerning is that this issue is likely not limited to Colombia as Teleperformance boasts hubs around the world in 19 or more different locations. Sadly, this invasion of privacy has become somewhat normal and accepted during the COVID-19 pandemic. However, if you cannot trust your employees to work effectively without constantly watching them, then perhaps there are more issues at hand.

With this development, Teleperformance and other call center employees have begun to unionize in an effort to protect themselves. But, on the contrary, there are also possibly thousands of other employees who are afraid for their jobs and will not join a union which poses quite the problem. Perhaps it is time for big companies like Amazon and Apple to use their leverage to improve employees’ rights and working conditions, but that may be a tough hill to climb here in the United States.