Amazon delivery drivers will have a tough choice ahead if they want to continue working for the retail giant. Starting this week, Amazon is requiring delivery drivers to agree to a "biometric consent" form giving the company permission to use surveillance equipment installed onboard all its delivery vans to track activities (inside and outside the vehicle) and even their behavior while driving.

This move comes after a February report confirmed that the surveillance system manufactured by Netradyne, called Driveri, is designed to "[improve] driver behavior" and monitor behavior such as speeding, making illegal U-turns, braking too hard, and failing to acknowledge stop signs. The system can even detect when you are not wearing your seatbelt while driving. Driveri can automatically give the driver demerits for partaking in these shunned activities and can even verbally berate them for dangerous actions like holding a phone while driving.

If a driver racks up too many infractions, they are summarily dismissed by Amazon.

The biometric data collection comes into play because the onboard cameras can record photos and video of your face, which are then uploaded to Amazon's servers (or "secure" third-party servers). The cameras can also verify the driver's identity and determine if they are distracted or are drowsy while operating a delivery van.

These cameras are recording whenever a driver is in the vehicle to monitor behavior. Some drivers see this as an invasion of privacy, but Amazon isn't the only company that partakes in these types of privacy-invading policies. Many companies monitor driver behavior with cameras or GPS to ensure that employees are held accountable and for protection in potential legal proceedings. However, Amazon's retention of biometric data and sharing it with third-parties has many employees complaining that the company is going too far. 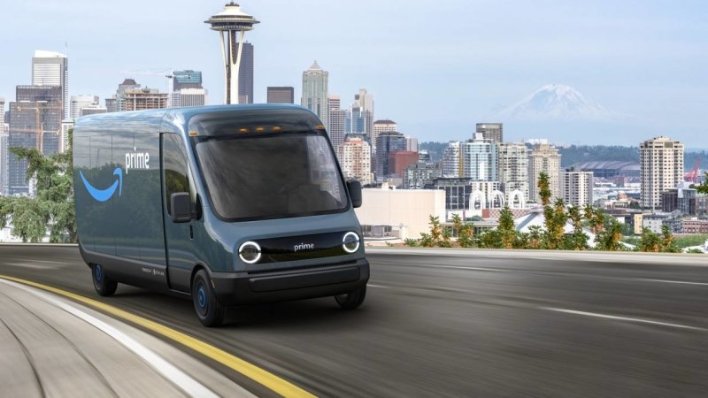 The consent form even describes that "third-party providers may be permitted to access, use and retain your personal information for the purpose of providing services to Amazon as described in the Privacy Policy."

It should be noted that these drivers aren't even Amazon employees but work for one of the hundreds of "Delivery Service Partners" contracted by the company. However, some delivery drivers are disgusted with the "big brother" nature of Amazon's actions.

"I had one driver who refused to sign," said the owner of one of the DSPs who spoke to Motherboard. "It's a heart-breaking conversation when someone tells you that you're their favorite person they have ever worked for, but Amazon just micromanages them too much."

Do the ends justify the means in this already high-pressure profession? Drivers are already under stress to deliver more packages in less time while maintaining a flawless record over the fear of losing their job, and the constant surveillance is just driving many employees to the breaking point. Tell us what you think in the comments section below about Amazon's biometric consent policy.

Updated 3/25/2021 @ 3:46pm EST
Amazon reached out to us to provide this statement with regards to in-vehicle surveillance of its delivery drivers:

Netradyne cameras are used to help keep drivers and the communities where we deliver safe. We piloted the technology from April to October 2020 on over two million miles of delivery routes and the results produced remarkable driver and community safety improvements—accidents decreased 48 percent, stop sign violations decreased 20 percent, driving without a seatbelt decreased 60 percent, and distracted driving decreased 45 percent. Don’t believe the self-interested critics who claim these cameras are intended for anything other than safety.