Black Friday is here, and so are the deals on some fantastic graphic cards for PC gamers. Whether you are a fan of NVIDIA or AMD, you are sure to find a great deal on your next GPU, today.


Fans of AMD will not be disappointed with the performance and power of XFX Speedster SWFT 319 Radeon RX 6900 XT GPU. This beast of a graphics card comes with 16GB 256-Bit GDDR6 memory, a core clock speed of 1825 MHz, a boost clock speed of 250 MHz, and is compatible with PCI Express 4.0. The triple fan design should keep this card nice and cool while playing one's favorite game. The 6900 XT is available right now on Newegg for an astounding $629.99. 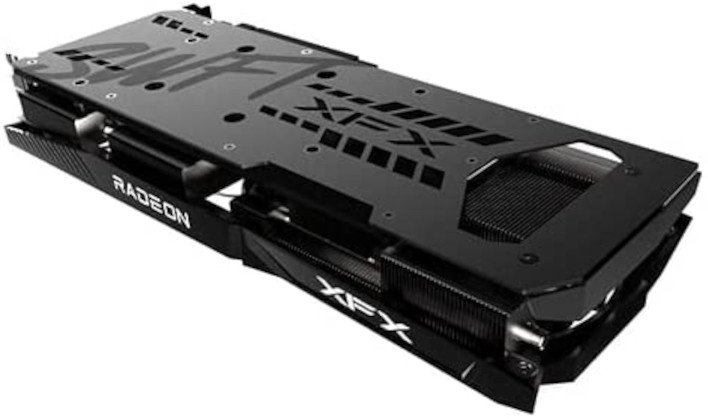 
If the gamer on your shopping list does not need all the power that comes with the 6900 XT, save a few bucks and pick up the XFX Speedster SWFT309 AMD Radeon RX 6700 XT CORE GPU. This speedy graphics card comes packed with 12GB of GDDR6 memory, a clock speed of 2321 MHz, and a triple fan design to keep it nice and cool under pressure. This GPU also supports DirectX 12 Ultimate, delivering realistic shadows, and reflections along with rich detail. This power-packed GPU can be had for 19% off on Amazon, for $419.99.

There are also great deals on NVIDIA-branded GPUs as well. The ZOTAC Gaming GeForce RTX 3070 Ti Trinity OC is perfect for 1440p gamers, and can also deliver a decent 4K resolution as well. This might GPU comes with 8GB of GDDR6X memory, and supports PCIe 4.0. It is cooled by IceStorm 2.0 advanced cooling, and lights up the room with Spectra 2.0 RGB lighting. This powerful GPU is on sale for $130 off on Amazon for $569.99.

For the 1080p gamers out there, the ZOTAC Gaming GeForce RTX 3060 Twin Edge OC GPU would make for a nice gift this holiday season. This entry-level GPU comes with 12GB of GDDR6 memory, and is PCIe 4.0 compliant. For those who like to overclock their components, this card has a boost clock speed of 1807 MHz. This mighty GPU is currently $61 off on Amazon for a low price of $349.99.

There are plenty of other deals on GPUs you can check out below: