Battlefield 6 Official Reveal Confirmed For June 9, Here's What We Know So Far

After what seems like endless trailer leaks, Electronic Arts (EA) announced today that the latest game in the Battlefield franchise, led by DICE, will be revealed next Wednesday (June 9th). The event is scheduled to take place at 10 am EST on that date, and we're eager to see what's in store for gamers.

Although we're referring to the game as Battlefield 6, we're not sure if that's what the game's official name will be. There are rumors that it will simply be called Battlefield, but perhaps we'll learn more with inevitable leaks between now and next week.

While the official reveal will soon be upon us, there's still a ways to go before the actual release, as the "Battlefield development team ever working on our console and PC game for this Holiday season," said DICE General Manager Oskar Gabrielson in April.

DICE has assembled its largest team ever to develop the latest Battlefield game, and they are ready to deliver a "jaw-dropping experience for you to enjoy."

"We're in daily playtesting mode right now: polishing, balancing, and making the best possible Battlefield game we can. It has everything we love about Battlefield – and takes all of it to the next level," Gabrielson added. "Epic scale. All-out military warfare. Crazy, unexpected moments. Game-changing destruction. Massive battles, packed with more players and mayhem than ever before. All brought to life with the power of next-gen consoles and PCs." 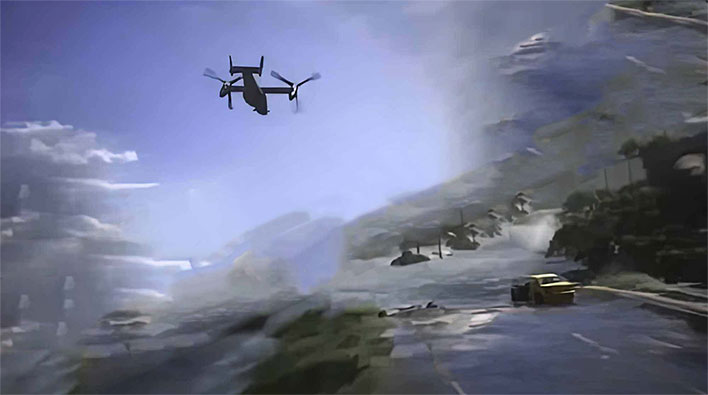 The recent trailer leaks have been quite interesting, not just for the annoying LOL guy watermarks and distracting flashes. The trailers have shown us some exciting game details, including what look to be robotic dogs (a la Boston Dynamics Big Dog), a Bell Boeing V-22 Osprey tilt-rotor, and a Bell AH-1Z helicopter, which would suggest a modern setting -- or at least a game set in the near future. We're also intrigued to see how the failed rocket launch featured prominently in the trailers will figure into the gameplay.

For patient Battlefield 6 fans, the wait is nearly over, so sit tight. This is sure to be a gorgeous game -- particularly with a stout PC rig or on the Xbox Series X/PlayStation 5 -- so hopefully, the gameplay will live up to the hype.