We have to wait a few more weeks before Electronics Arts unveils its next Battlefield installment, presumably called Battlefield 6 (or just Battlefield), as the publisher recently confirmed it will hold a reveal event in June. In the meantime, supposed screenshots keep leaking out, potentially providing us some juicy details of what to expect when the game arrives.
One of the screenshots appears to show a robot dog. This is line with a previous leak suggesting Battlefield 6 will feature a controllable robot combat dog, with a setting in the near future. That leak came from Discord user Tom Henderson, who likened the dog to the Boston Dynamics BigDog, a legacy robot that served as a pack mule.
Here's a look... 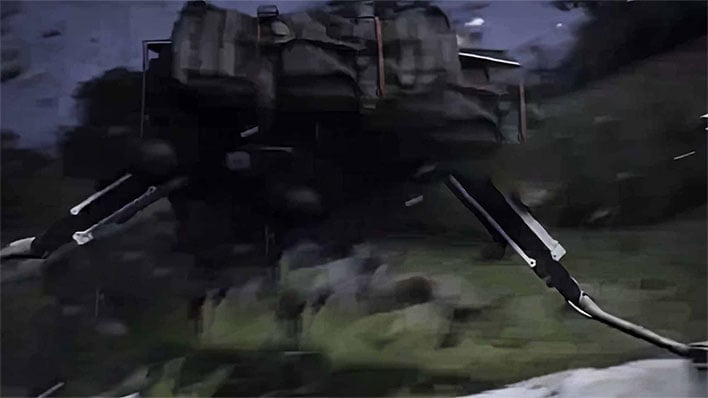 These latest batch of screenshots originally came from a Discord user named hi93048234, who dropped them in Henderson's channel. Whether they are real or not is impossible to tell, but it is at least plausible that they are legitimate.
Unfortunately, the screenshots are censored with a big black bar running from the bottom left corner to the top right corner, which cuts off the middle of the images, and a large portion overall. However, they have been reconstructed with a machine learning algorithm (maybe Photoshop?) to fill in the blanks as best as possible, and that is what you are seeing. 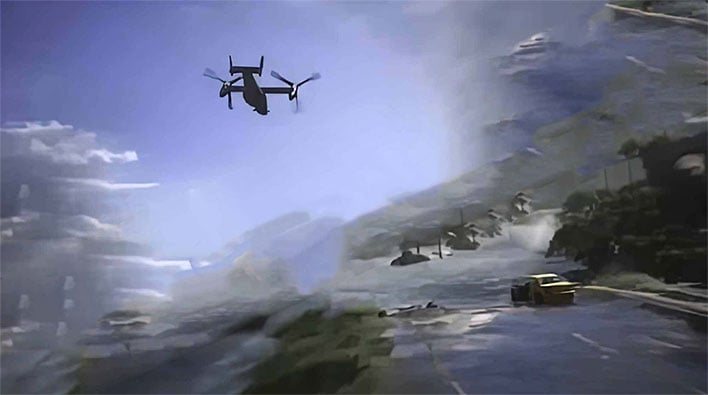 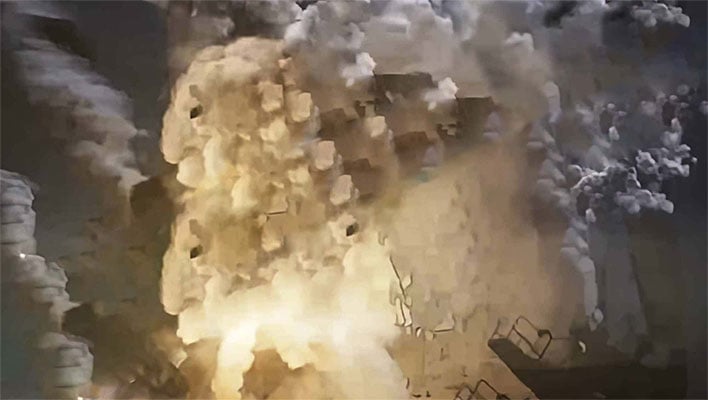 Another screenshot shows a dual-roto helicopter that appears to be a Bell Boeing V-22 Osprey, which is long-range, high-speed aircraft capable of both vertical and short takeoff and landing. The screenshots don't show any troops deploying from the aircraft, but we do see it airborne, and possibly being blown to smithereens.
EA has not said a whole lot about Battlefield 6 up to this point, though company CEO Andrew Wilson last week did mention that it will be available on both current generation and last generation game consoles. To that end, he alluded to the added processing power enabling better artificial intelligence, physics, and destructive events, for what amounts to a deeper level of immersion. 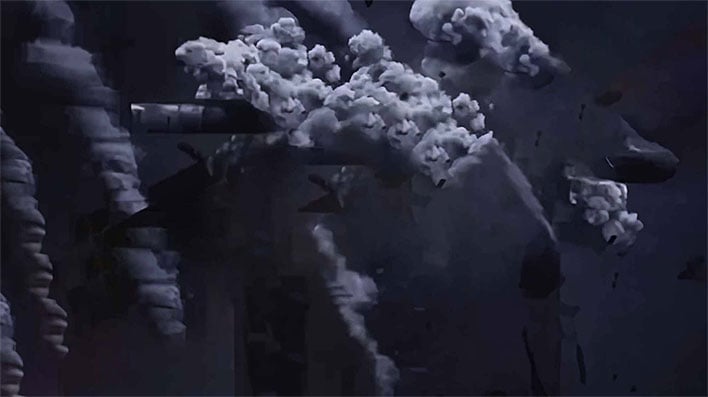 "Nothing to announce at the moment on either an annualized Battlefield and/or the nature of the modes in the upcoming Battlefield game, we’re going to talk about a lot around that in the months to come starting next month with our reveal trailer, which I have a chance of seeing the work in progress last week and it is incredible," Wilson added. "What the team has been able to do in the context of next-generation consoles and epic scale battles, unbelievable player accounts, destruction in terms of those which is really incredible, and it’s a very innovative and creative mode for the future of the franchise."
He also called it a relaunch of the franchise, further suggesting Battlefield 6 could simply be called Battlefield.
In any event, assuming the leaked screenshots are real (you can check out the original Battlefield 6 screenies on Imgur), it looks like the next installment will move away from historical time periods and into the modern era. The last Battlefield game to do that was Battlefield Hardline in 2015.