Battlefield 3 and 4 were some of the most recent beloved Battlefield titles, but when the franchise went back to historical roots with Battlefield 5 and 1, some fans were left disappointed. With Battlefield 6 on the horizon, those same fans are hopeful of returning to the modern era of combat, and they may get just that if recent leaks are anything to go by.

Levolution To A Whole New Level 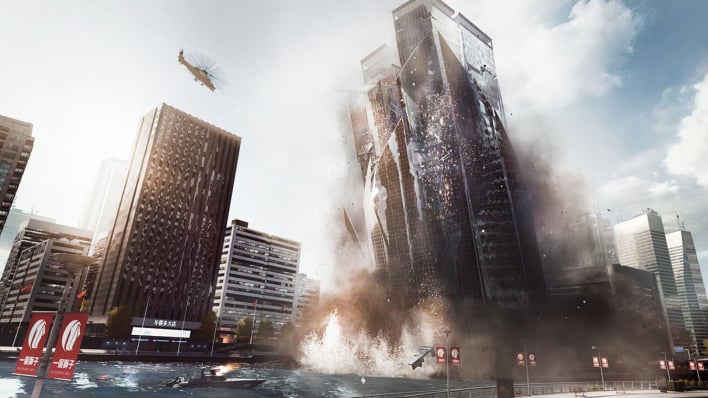 Introduced in Battlefield 4, Levolution was the concept that game-changing events would occur on a timed basis or through player action. For example, the Battlefield 4 map Siege of Shanghai featured a skyscraper that could eventually topple, effectively changing the map and capture points in the capture-the-flag style game modes. According to leaker Tom Henderson, battle-born explosions will not be the only thing that causes destruction in the new Battlefield. We could see natural events such as earthquakes, tornados, floods and more, that change how a game plays out in a match. 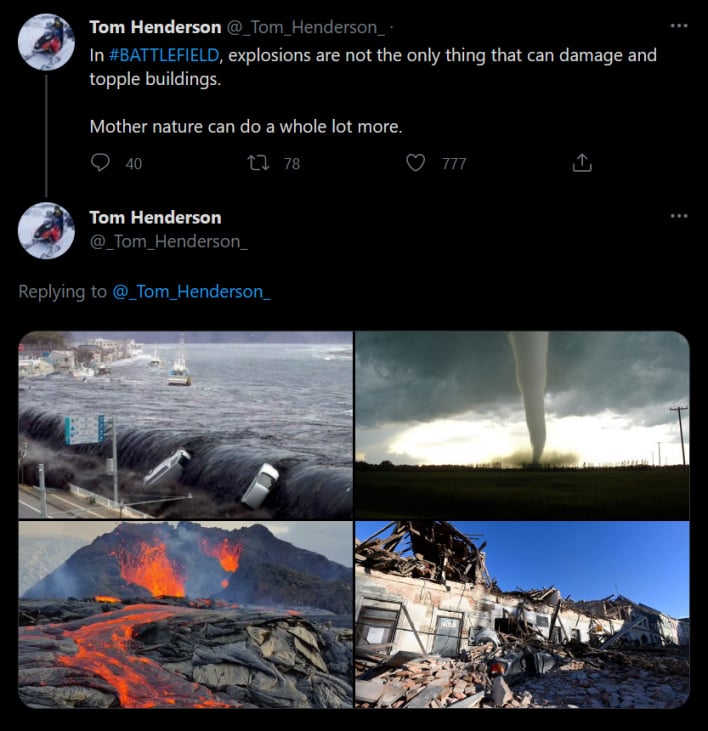 Does The Next Battlefield Take Place In The Current Day? 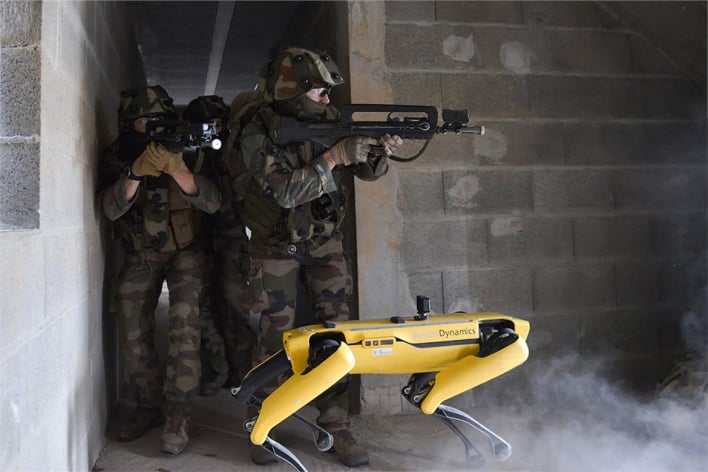 It would seem that the next Battlefield will be set in the near future, if not a little later, perhaps somewhat akin to Arma III's setting. Henderson explained that "#BATTLEFIELD is a more accurate representation of 2030's military combat compared to Final Stand." Though it may be futuristic, "Everything in [the next Battlefield] is developmental weapons and vehicles being developed right now."

This is just the beginning. In #BATTLEFIELD the dog is more like Boston Dynamics Mule that can run really fast and potentially has a weapon on it. But it looks like it could be a new vehicle type instead of a gadget. https://t.co/kx1903T8od


Earlier today, he tweeted that we could see a robot dog like Boston Dynamic's SPOT that can run fast and potentially be weaponized in-game. Though it is pure speculation, we could also see technology such as what Microsoft is developing for front-line soldiers today.

When Will We Return To A Futuristic Battlefield? 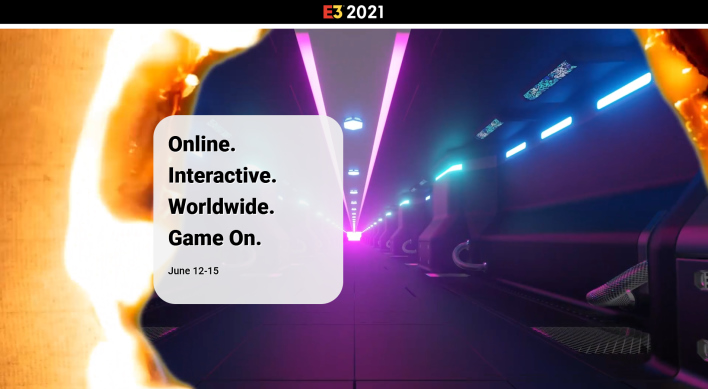 This is the big question on any Battlefield fan's mind, and it is hard to pin down a date exactly, but hopefully, we will hear something soon. We know that E32021 is not too far out, and Battlefield games are typically announced in early June, so maybe we will be lucky. Whether the announcement comes sooner or later, we are bound to get the game this year as the next Need For Speed game got pushed back to get Battlefield 6 complete by Fall this year.

At the end of the day, it does not matter how long it will take so long as Battlefield fans get a solid game that doesn't arrive with major issues out of the gate. Whatever ends up happening, we hope to find out more about the game and perhaps even get to show it off soon, so stay tuned to HotHardware for updates on the upcoming Battlefield title.