Wednesday’s Battlefield reveal showed off quite a bit about the upcoming game, like the multiplayer changes and new maps. Spanning across up to seven different maps, up to 128 players will fight in an all-out war for survival. Facing natural disasters like never seen before in a Battlefield game, the maps will constantly shift and change, modifying how players play. Also, new “specialists” have been added to change up the gameplay, each with their own special abilities. You can read more about this and other additions to the Battlefield series in our previous coverage.
Today, Battlefield released their gameplay trailer for Battlefield 2042, and it gave us some insight into what is coming. First and foremost, the UI is reminiscent of Battlefield 3’s but has seemingly been modified to look more modern. We also got to see a new control UI for vehicles and weapons, the latter of which can now have parts and accessories swapped in and out. 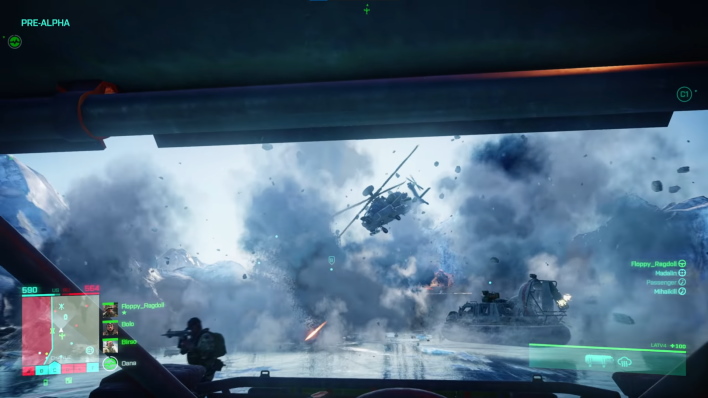 Also, we got to see specialist Webster Mackay show off his grappling hook ability to join the fight atop a crane. Besides this, several other Easter eggs like the ATV with C4 crashing into the helicopter can be caught in the video. If you happen to see any other fun things like that, let us know about them in the comments below and tell us what you think of the upcoming Battlefield 2042, as it will not be long before we can play the beta soon.