Joining forces with ASUS and its ROG Phone 6 is a better fit for the DC superhero. For one, this is a flagship Android handset powered by a Snapdragon 8+ Gen 1 SoC and 12GB of LPDDR5 RAM. And secondly, like Batman, the ROG Phone 6 relies on an assortment of tools and features to get the job done, such as a fast 165Hz OLED display, AirTrigger controls with ultrasonic sensors, and an ecosystem of tools and accessories.
As far as we're concerned, the ROG Phone 6 is the gaming phone to buy, if that's what you're after. Incidentally, ASUS also recently announced the ROG Phone 6D Ultimate, which swaps out the Snapdragon 8+ Gen 1 for MediaTek's Dimensity 9000+ SoC. That version is also getting the Batman treatment. 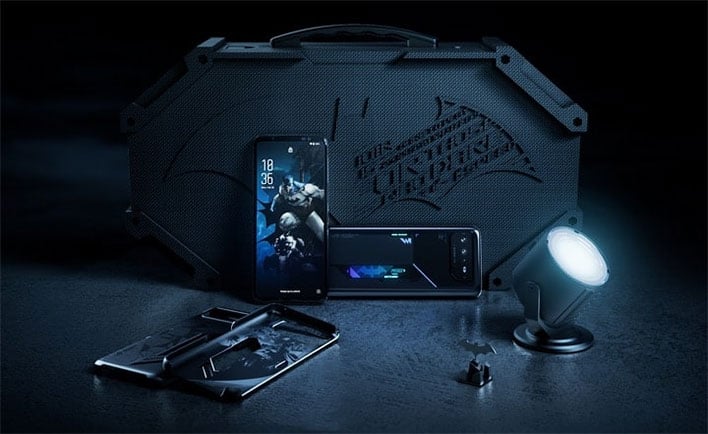 Let's talk about some of the extras that are included with the limited edition Batman themed phone. One of the coolest is a miniature Bat-Signal powered by USB-C. It's a replica of the iconic search light that's used to summon Batman, and this one comes with two images that you can beam on a nearby surface. 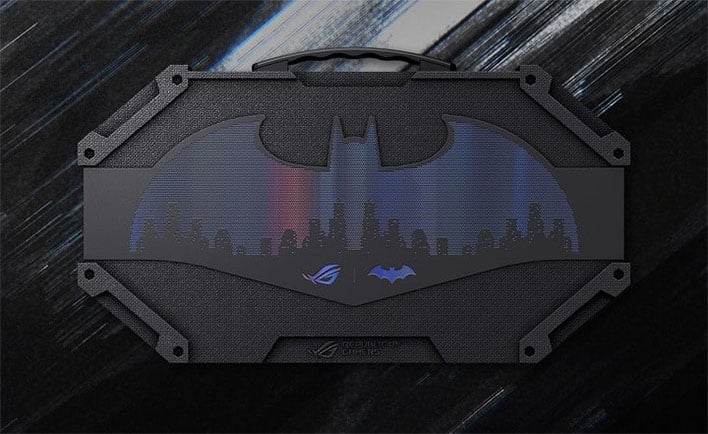 Buyers also get a stylized Batman ejector pin with a Gotham City-inspired desktop holder, a special protective case with a 3D-layered geometric Batman logo on the outside and a special design (inspired by the Batman graphic novels) on the inside, and a collectible case with Batman and ROG themed lighting. 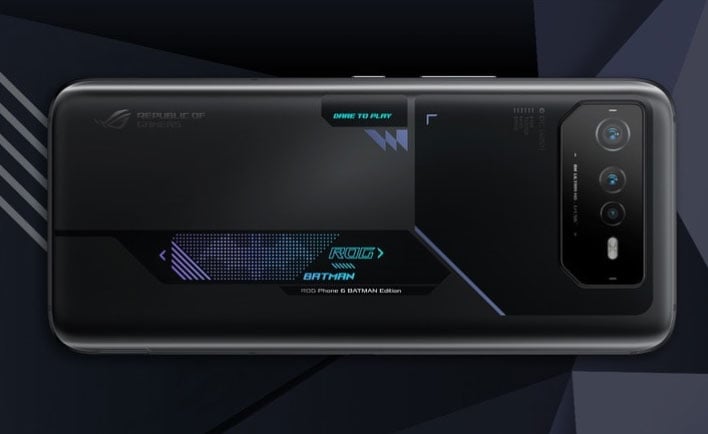 Beyond the physical goodies, the ROG Phone 6 Batman Edition comes with a Batman theme pack that includes a custom startup animation and more.
"Upon pressing the power button of the ROG Phone 6 BATMAN Edition, you’ll see the Batman-themed startup animation, live wallpaper with charging animation and sound effects, Always-on Panel, and incoming call animation and famous yellow Batman logo fingerprint to unlock your phone," ASUS explains.
The ASUS ROG Phone 6 Batman Edition with Snapdragon inside is already up for preorder on Amazon for $1,899.99 (down from its listed $2,199 price). According to the listing, it's a globally unlocked phone for use with GSM carries, and is not compatible with CDMA networks.