According to ASUS, the ROG Phone 5 will launch this week, but the company has been mum on the smartphone's official specifications. However, SK hynix has spilled the beans early on at least one SKU for the smartphone.

In a press release issued this morning, SK hynix touted that it has begun mass production of 18GB LPDDR5 for mobile applications. According to the company, the memory will run at 6,400Mbps, which is 20 percent faster than its previous LPDDR5 modules.

However, the big reveal came when SK hynix stated that the first 18GB LPDDR5 modules would land in the "upcoming 'Republic of Gamers (ROG) 5' gaming smartphone," which is something that ASUS hasn't even announced at this time. So, we know that at least one ROG Phone 5 SKU will have 18GB of RAM, which will make it among the most capacious in the smartphone realm. We say "one of" because the Nubia Red Magic 6 Pro was announced last week with 18GB of LPDDR5, although it is unknown at this time which company is supplying those modules. 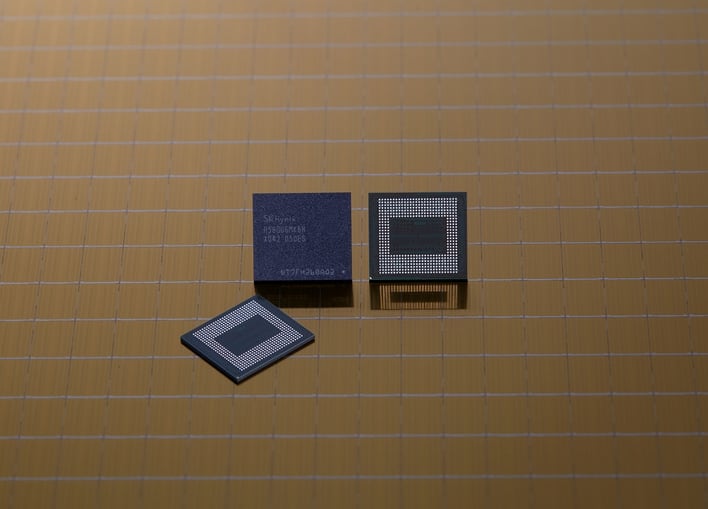 It's almost guaranteed that the ROG Phone 5 will come packing Qualcomm's flagship Snapdragon 888 SoC to pair with the ultra-fast LPDDR5. We'd imagine that the 18GB config will be limited to the flagship SKU, so there may be cheaper models available with 8GB, 12GB, or even 16GB of LPDDR5.

The previous-generation ROG Phone 3 came with a 6.59-inch 144Hz AMOLED display, and we'd expect that ASUS might attempt to bump the display a little bit this year (as has been the case with most flagships released over the past year). The ROG Phone 3 could be equipped with up to 512GB of UFS 3.1 storage, and we'd imagine that will continue with the ROG Phone 5. We'd be delighted to see a 1TB SKU, but that could send the price of the ROG Phone 5 into the stratosphere. Finally, the ROG Phone 3 comes with a 6,000 mAh battery, and it stands to reason that the ROG Phone 5 would at least match that spec.

We only have a few more days before the official reveal, so stay tuned for any more "leaks" that make their way through the pipeline.