Little birdies have been chirping quite a bit over the past couple of weeks that Apple would be announcing its first Apple Silicon powered Macs in November. The company today confirmed that it will be holding a "One More Thing" event scheduled for November 10th.

Apple normally reserves its "One More Thing" phrase for some special, big product announcement (a la the way Apple announced the iPhone X, after it had already revealed the iPhone 8 and iPhone 8 Plus). Although the invite doesn't mention it specifically, we're no doubt going to see the first fruits of the company's Apple Silicon (Arm) labors. 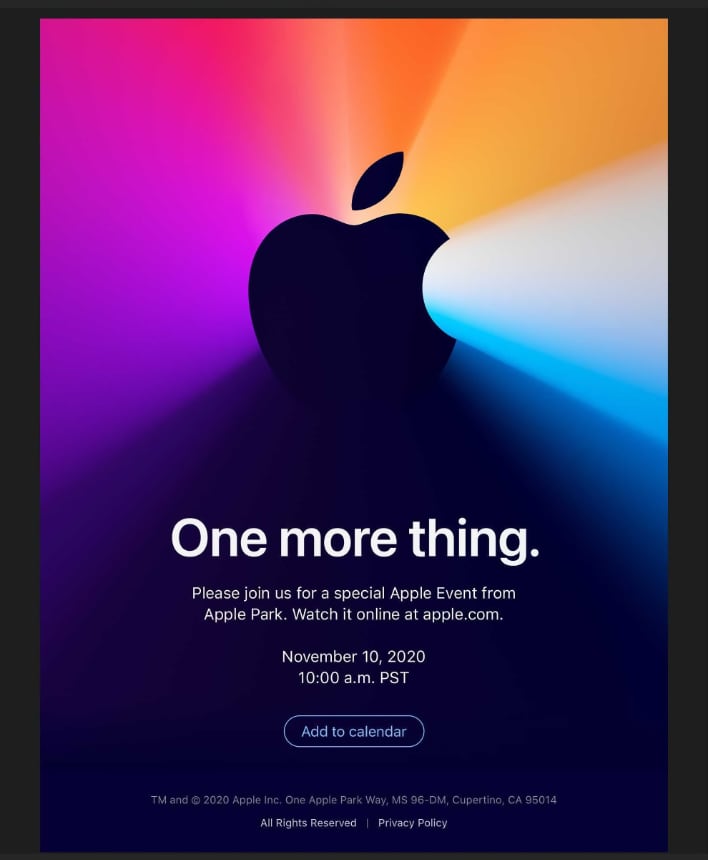 Apple will be holding the event virtually, just like it has for its other 2020 product launches including its incredibly important iPhone 12 family. The word on the street is that Apple will launch a new entry-level 12-inch MacBook or a revised 13-inch MacBook Pro powered by a variant of A14X Bionic SoC. If the rumors are accurate, the A14X will be an 8-core processor that will also be shared with the next-generation iPad Pro. There are also rumors that there will be a desktop-centric chip introduced early next year -- the A14T -- which could be a 12-core SoC with 4 performance cores and 8 efficiency cores designed for an all-new iMac.

The announcement of the Apple Silicon-powered Macs will likely coincide with the public release of the macOS Big Sur operating system. macOS Big Sur will support both Intel and Apple Silicon powered Macs, at least initially, and Apple is expected to make a full transition away from Intel-based hardware over a two-year span of time. 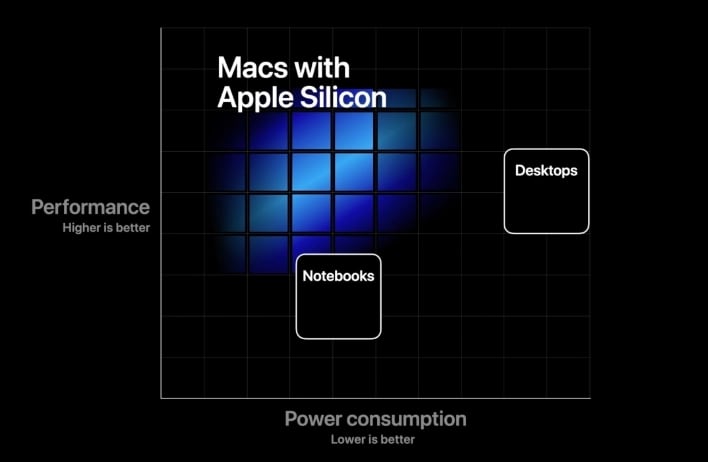 Alongside the new Apple Silicon Macs, there's some talk that Apple might introduce its long-rumored AirTags, which are Ultra-Wideband trackers that would compete with Tile. There's also a chance that Apple could announce follow-ups to both the AirPods and AirPods Pro -- that could also be why there have been plenty of discounts on the wireless earbuds over the past few months. The rumored AirPods Studio over-the-ear headphones aren't expected to be released until later in 2021.

Stay tuned for more news on Apple's upcoming event, as we're sure that more details will leak between now and next week.