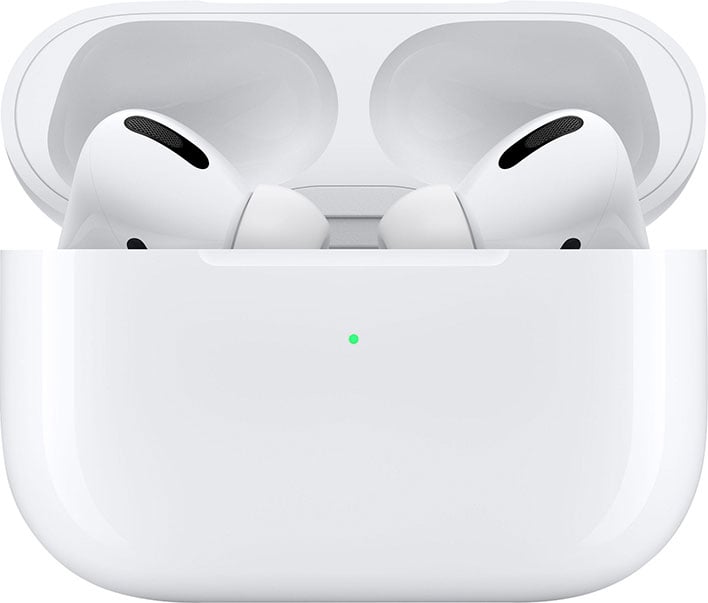 We've been hearing quite a bit about next-generation AirPods for the past few months, and the iPhone 12 event came and went with no mention of the wireless headphones. This was definitely disappointing for some, but a new report from Bloomberg suggests that they are still on the way and will arrive just a little later than previously thought.

As for the second-generation AirPods Pro, Apple is reportedly looking for a more radical redesign. The design is allegedly more compact, and will completely get rid of the touch-sensitive stems. This would make them more in keeping with wireless earbuds from Samsung (Galaxy Buds Live) and Google (Pixel Buds). However, according to Gurman, "integrating noise-cancellation, wireless antennas and microphones into a smaller AirPods Pro casing has proved challenging during development."

Both the new AirPods and AirPods Pro are now rumored to launch in early 2021. The over-the-ear AirPods Studio that have long been rumbling in the rumor mill and are still on track for release. The AirPods Studio are said to include touchpads on either side, can tell which way they're oriented (there's no dedicated left or right earpiece), and the ear pads are interchangeable. Unfortunately, there was no timetable given for the AirPods Pro.

Finally, Gurman says that Apple is reportedly internally weighing introducing a third HomePod model that could fit in between the $99 HomePod mini and the $299 HomePod. Frankly, it seems like it would be wiser to introduce a revamped HomePod with an updated SoC and price it at $199 (the usual sale price for the current HomePod) rather than introduce yet another model, but it appears that Apple seems content with this current plan.