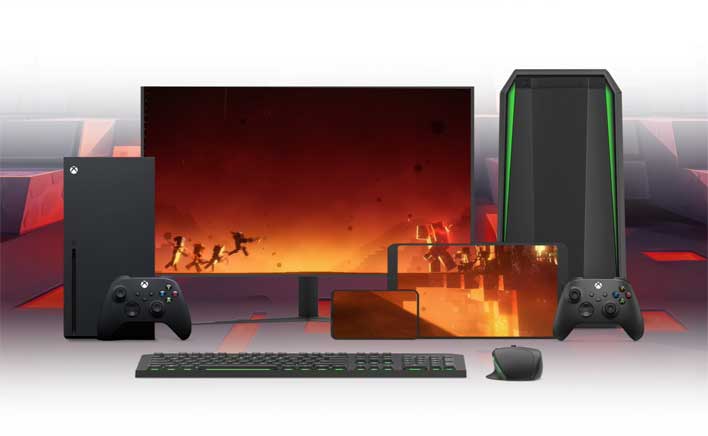 2020, despite the coronavirus pandemic, has been a banner year for gamers. Game sales have hit new highs, while both Microsoft and Sony have next-generation game consoles launching this year. Microsoft also has its game streaming service, previously known as Project xCloud, is coming soon to Xbox Game Pass Ultimate. Microsoft tested Project xCloud on iOS devices in a closed public preview with 10,000 users, but that preview came to an abrupt end earlier this week. The Microsoft streaming service won't land for iOS users, and many gamers are angry about that rejection. Apple has now offered details on why the service is banned.

For Apple, the reason is clear - it can't review each game available through the streaming service. An Apple spokesperson recently told Business Insider that the App Store was created to be a "safe and trusted place" for consumers and a "great business opportunity" for developers. However, the spokesperson notes that before any apps go on the store, they are all reviewed against the same set of guidelines to protect customers and provide a level playing field for developers.

BREAKING: Microsoft is *not happy* about its xCloud app being kept from Apple's App Store: pic.twitter.com/yZ7OYXz8XL

All games that are offered via the App Store are also required to appear in charts and search. The implication is that games streamed via the Microsoft service are unable to support those functions.

Many have wondered why Apple allows streaming services like Netflix and Spotify when all the content they offer can't be individually reviewed. Netflix and the so-called Netflix of gaming service Microsoft is working are different mediums. Apple says that games are interactive, while music and film are not, and there are consumer expectations for the App Store related to gaming.

Microsoft has issued a response, stating, "Apple consistently treats gaming apps differently." The software giant says that Apple applies "more lenient rules" to non-gaming apps when they include interactive content. According to Microsoft, Apple stands alone as the only general-purpose platform that denies consumers from cloud gaming and cloud subscription services like Xbox Game Pass. The Project xCloud game streaming service was removed from the App Store yesterday after its 90 day TestFlight period ended, and Microsoft says it has no path forward for the service on iOS.