Benchmark results which appear to be from a system packing an Apple M2 Max processor have appeared online. The Geekbench online result browser indicates that someone put an M2 Max powered system through its paces in Geekbench 5.4.0 Tryout for MacOS AArch64 earlier today. It scored a very credible 1853 and 13855 in the single-core (1T) and multi-core (nT) tests, respectively.
The above benchmark result is of great interest, as the Apple M2 Max processor is yet to go official, and thus it remains something of an enigma. According to some sysinfo details that is gathered by Geekbench ahead of its tests, key features of the M2 Max processor include its 12 cores, base clock of 3.54GHz, and sizable accompanying memory of 96GB. 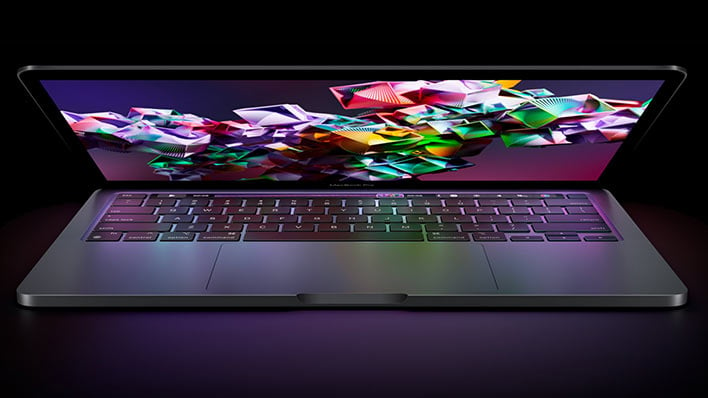 Apple's new processor is clearly defined in the sysinfo data as an "Apple M2 Max," though we still need to add a pinch of salt due to fakes and pranksters. Less clear is the system name / type, which plays the role of host for the processor. The "Model Mac14,6" doesn't give much away. Its 96GB of RAM is a little clue to its destiny, and it would be reasonable to guess that the M2 Max is in a new high-end MacBook Pro, a new Mac Studio, or something similarly prosumer grade.

So, what about the purported Apple M2 Max Geekbench performance? This isn't the highest regarded benchmark, particularly for cross-platform comparisons, but we have made a little table below, featuring last year's M1 Max, this summer's M2, and an Intel Core i9-13900K—just for fun.

We must keep in mind that the new Geekbench result may not be genuine, and if it is genuine there could be some pre-launch optimization left to do. This 'sample of one' appears to improve on its ancestor in both 1T and nT benchmarks, but the uplift is pretty underwhelming at 11% at best (in the nT tests). One must also remember that the M1 Max has two fewer cores than the purported M2 Max.
As we approach December, it isn't likely that Apple will release any new Mac hardware until the New Year. Apple launched the M1 Pro and M1 Max in October 2021, but the company missed that anniversary for the second gen. Apple doesn't formally participate in the CES (January) events, so we will have to wait for a teaser announcement to pencil in some M2 Max (plus M2 Pro and M2 Ultra) launch expectations.