An alleged new detail of the coming iPhone 12 Pro leaked out via Twitter this weekend. The leak consisted of a basic line-drawing of what is claimed to be the backside of an iPhone 12 Pro. The only notable thing on the back of the leaked image is a new camera array that reportedly shows the inclusion of a LiDAR sensor on the iPhone for the first time.

Adding a LiDAR sensor to the iPhone would be a first, but it wouldn't be the first time Apple used a LiDAR sensor on one of its devices. The new iPad Pro models that launched last month have integrated LiDAR sensors (pictured above). In addition to having the LiDAR sensor, the leaked image also shows three camera sensors, including a wide-angle, ultra-wide-angle, and telephoto lens. The assumption is that the LiDAR sensor is the same one used in the iPad Pro. 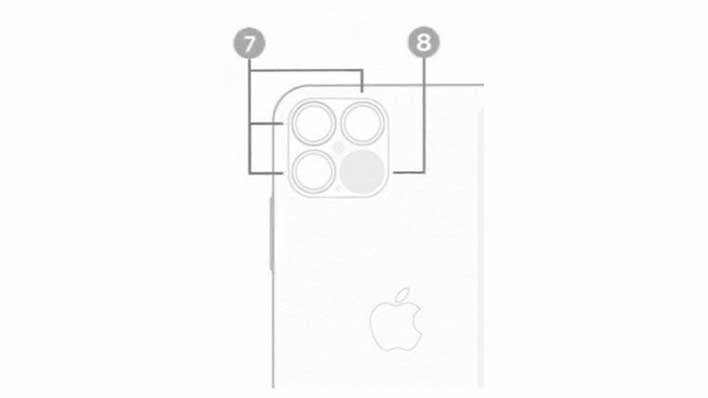 The leaked image (pictured above) comes after rumors have suggested that the iPhone 12 devices would have depth sensors on the back. The new camera array on the back of the smartphone has a flash in the center of the four sensors on the rear, giving it a more balanced look than the iPhone 11 Pro family.

Exactly when we may see the next-generation iPhone models is unknown right now. Traditionally, Apple traditionally launches its new iPhone models in the fall. However, production delays and delays in general due to the coronavirus pandemic have reportedly delayed the new launch. Rumors suggest that the new iPhone models will all have OLED screens and support 5G connectivity with only the high-end models having the camera array seen above.