Yesterday, we brought you news of a rear camera pod redesign for Apple’s upcoming iPhone 12 Pro family. In addition to the triple cameras that were introduced with the iPhone 11 Pro family, there's also a new LiDAR sensor and a centrally-mounted LED flash for a more balanced appearance.

Today, we're getting a glimpse at the front of the smartphone for the first time. The first thing that stands out is that the display notch surrounding the earpiece speaker and Face ID hardware is much smaller this time around.

The notch was one of the defining features of the iPhone X when it debuted in 2017, and was quickly copied by Android manufacturers. However, Android OEMs then swiftly pivoted to "teardrop" and "punch hole" notches that are much smaller, intruding less into the viewing area of the display. If these images are accurate, it would appear that the relatively thick bezels all around the display remain this time around, which again is another area where flagship Android smartphones are a few steps ahead of Apple. 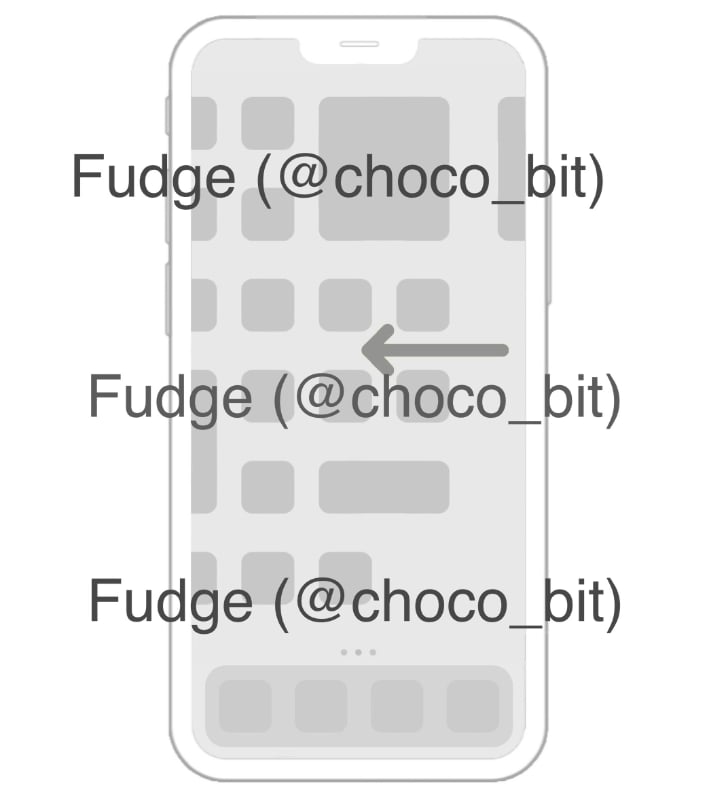 Moving on, a separate image alleges to show the home screen, which has received a redesign. We've previously heard rumors that Apple would be adding configurable home screen widgets to iOS 14, and this image confirms that. There appear to be two size classes available for widgets: one that is roughly two app icons wide, and another that is a large square that takes up the space of four app icons.

Just like traditional app icons, these widgets can be moved around the home screen. However, they will also have the capability to display dynamic information -- something that is not possible with current apps (well, other than the native Clock and Calendar apps).

Besides the aforementioned smaller notch and LiDAR sensor, the iPhone 12 family is expected to adopt a 5nm A14 Bionic SoC that is manufactured by TSMC along with Qualcomm’s Snapdragon X55 5G modem. Although nothing has been verified at this point, the rumored two-way wireless charging system that failed to materialize for the iPhone 11/iPhone 11 Pro could show up this year.

Apple typically reveals its flagship iPhone family in September, but it is unknown at this time if the COVID-19 pandemic will delay that launch.