It has been over a year since the fourth-generation iPad Pro launched, which means that the fifth-generation is likely just around the corner. Luckily, Apple is dropping some hints about the next-gen iPad Pro in the newest iOS 14.5 Beta 5 release.

A reference to an SoC with the internal codename "13G" was discovered, which has not been used by any other iOS devices. Based on previously disclosed GPUs used in iPhone and iPads, this SoC is the unannounced A14X Bionic. As you might recall, the standard A14 Bionic is used in the iPhone 12 family along with the current-generation iPad Air. The A14X Bionic, based on what we know from previous iPad Pro generations, will likely have additional CPU and GPU cores to handle more demanding workloads.

The report from 9to5Mac says that the alleged A14X is based on the same design as the Apple M1 SoC (internal codename T8103), which appears in the 13-inch MacBook Pro, MacBook Air, and Mac mini. Knowing this, we can surmise that the fifth-generation iPad Pro is the most powerful ever, and its processing power will be comparable to Apple's entry-level Macs. 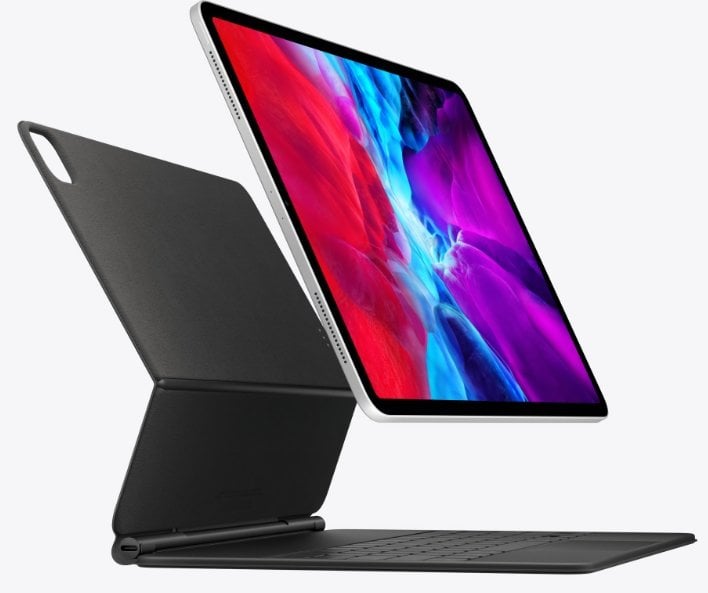 The newest iPad Pro is alleged to retain its 11-inch and 12.9-inch form-factors, with the larger model gaining a significant display upgrade with mini-LED technology. Mini-LEDs will not only improve brightness and contrast ratios, but they should also lead to improved power efficiency. It's also rumored that Apple will upgrade the USB-C port to support Thunderbolt 4 technology. It’s also likely that the iPad Pro's cellular versions will include 5G wireless connectivity courtesy of Qualcomm Snapdragon X55 modems.

If the previous reporting from Apple analyst Ming-Chi Kuo is accurate, the new iPad Pro models could launch as soon as next month. It is unknown if Apple will hold a special virtual event to announce the new iPad Pros, but they are rumored to launch alongside third-generation AirPods and the long-expected AirTags tracking accessories.