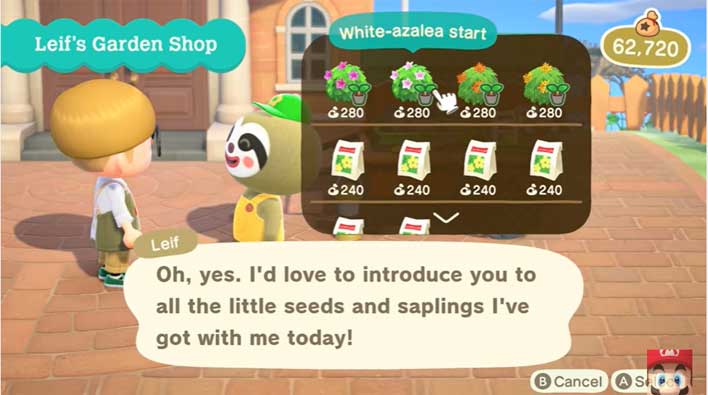 Fans of Animal Crossing: New Horizons are in store for a big update, which will land on Thursday. And while the big feature is the highly-anticipated art gallery, there is more including two new vendors and four special events.

A new trailer for the update can be seen below, and it starts by giving fans an introduction to the new vendors that are coming to visit the island. One of them is Leif, a sloth gardener, who will sell players bushes and other landscaping supplies. Leif will be in the town square selling with the other vendors. The second new vendor is Redd.

To buy from Redd, players will need to head out to the northern beach and find his "Treasure Trawler." There, players will be able to purchase art and uniquely colored furniture. As for why Redd doesn't come to the town square, he's not exactly a straight arrow. Some of the art Redd sells is fake, and it's up to the player to determine if the artwork is legit.

If players buy a real work of art, it can be donated to Blathers for the museum's new art gallery. A fake can be displayed around town, and there are no refunds. The special events that are happening include Nature Day on April 23 through May 4. It has a special Nook Miles challenges the grant rewards for planting trees, and watering flowers among other tasks.

The May Day Tour is May 1 through 7 and gives players a one-time-only May Day Ticket allowing them to venture to a unique island with a special guest that players may know. International Museum Day is May 18 through 31 and lets players tour the museum to collect stamps at the exhibits to earn a reward. The last of the special events is Wedding Season June 1 through 30 and has players heading to Harv's Island to take wedding anniversary photos for Reese and Cyrus. Players will get wedding-themed items for their effort.

In other Animal Crossing: New Horizons news, recently the J. Paul Getty Museum created a tool that allows players to add art from their open-access collection to their island.