Animal Crossing: New Horizons' Final Major Free Update Is Live Early, How To Get It And What's New

Animal Crossing: New Horizons fans were devastated when they recently learned that the 2.0 Update would be the final major content patch for the game. Thankfully, the update has not only arrived a little early, but it includes a lot of new content and quality of life changes. Here is everything you need to know about how to get the Animal Crossing: New Horizons 2.0 update and what is in it.

How to Get the Animal Crossing: New Horizons 2.0 Update

The 2.0 update and accompanying Happy Home Paradise DLC were originally supposed to launch on Friday, November 5th. However, the 2.0 update at the very least appears to be available early. You should do the following to obtain it:

What is included in the Animal Crossing: New Horizons 2.0 Update?

There is quite a bit of content included in the update alone. Players will now be able to visit Brewster’s cafe, purchase coffee, and sit with friends and villagers. Kapp'n will take players to explore a mysterious island with unique seasons as long as they are willing to pay 1,000 Nook Miles a visit. Harv's island will now include spaces for Kicks and other vendors.

There are other small changes that will make your island and gameplay more enjoyable. Villagers will gather in the plaza where they will participate in exercise sessions. Players will be able to cook and grow their own vegetables for their recipes, experiment with new lighting and ceiling décor, and add ABDs (a version of ATMs), storage sheds, permanent ladders, and other items. 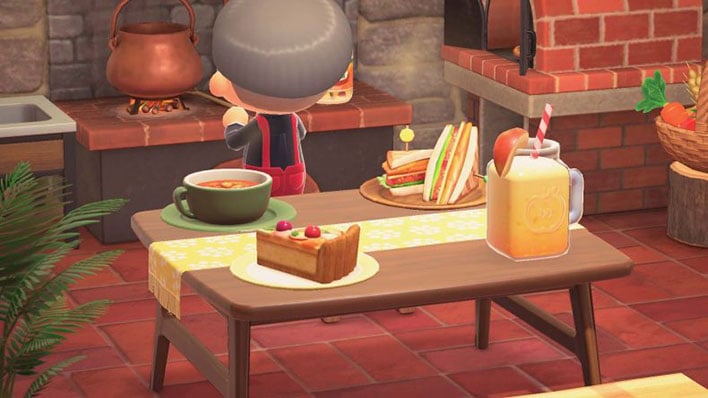 One of the more unique aspects of the update is the Pro Camera App. The camera provides players with a first-person perspective. Many players have already used the camera to appreciate the finer details in the game.

The Happy Home Paradise DLC should be available on November 5th if not a little sooner. The DLC tasks players with “[creating] vacation homes for clients on resort islands.” The DLC costs $25.99 USD or is free with the Nintendo Switch Online + Expansion Pack membership.