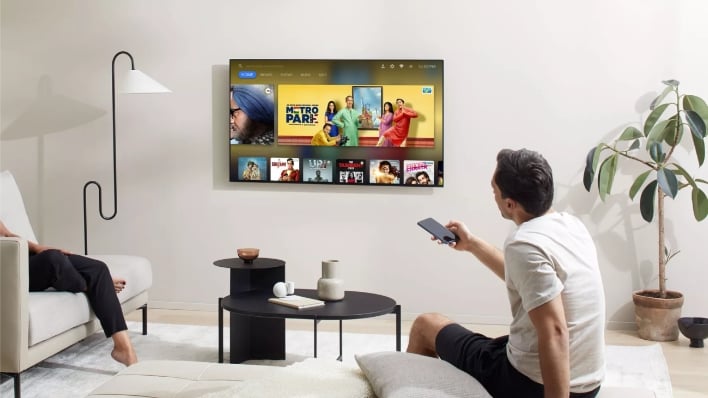 In the Smart TV space, Roku has established itself as the global leader with a wide range of supported apps, affordable dongles that can be attached to any TV, and deep penetration with top-selling TV brands like TCL. However, Google’s Android TV platform has been around for a few years and is looking to take some of the sting out of Roku and to a certain extent, Amazon’s Fire TV platform.

Google announced today that the number of monthly active users for Android TV have skyrocketed by 80 percent during the last year. The company says that it’s currently working with 7 out of the top 10 Smart TV OEMs to ensure that consumers are able to experience Android TV on a wide variety of hardware across entry-level, mid-level and premium-tier price points.

In addition to crowing about the audience gains over the past year, Google is also giving us some insight into new features that are on the way for the Android TV platform. One of the best new features is the arrival of the Google Play Instant capabilities from the mainline Android OS for smartphones to the Android TVs. Just as you can with Android phones, you will be able quickly try out an app on your Smart TV without first having to install it.

One ease-of-use addition that will be much-appreciated by Android TV users is the ability to make Google Play purchases with a PIN code, instead of your password. This thankfully means fewer taps as you attempt to purchase movies and TV shows (among other things). Frankly, we feel that this feature should have been implemented a long time ago.

Other features include Gboard TV, which is a new on-screen keyboard that also brings support for speech-to-text. If that wasn’t enough, Google has also announced that Android TV will support auto low latency mode to improve performance while gaming. Google writes:

Google announced its focus on Android TV during its #11WeeksOfAndroid series.