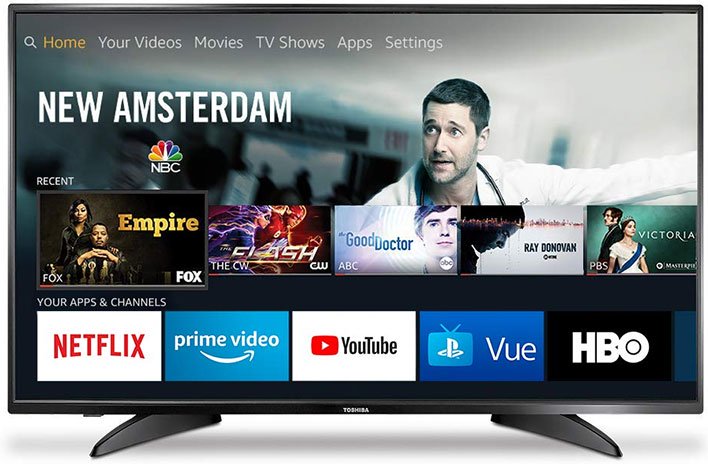 Google and Amazon haven’t exactly been on good terms in recent years. The two have been duking it out in the streaming world, and the rivalry got so bad that Amazon refused to sell Google streaming hardware, while Google wouldn’t allow the YouTube app to be installed on Amazon Fire TV devices.

Those specific tensions have been settled over the past year, but there is still bad blood between the two companies lurking under the surface. A new report from Protocol indicates that Google is currently holding back the growth potential of Fire TV Edition smart TVs due to contractual agreements that it has entered into with its Android TV partners.

According to the report, Google’s licensing terms with hardware manufacturers indicate that if they wish to build a smart TV running the Android TV interface, under no circumstances are they allowed to also build a smart TV that use the Fire TV operating system (which is a fork of Android). However, it doesn’t stop there. If a company builds a wide range of devices using Android or Android TV, just releasing one Fire TV-branded device would result in the company losing access to the Google Play Store and all of its first-party apps.

"You cannot manufacture any of those noncompliant devices," said an industry exec in an interview with Protocol. "It's completely unique" in this industry.

Let’s take Sony for example. The company produces smart TVs that run Android TV and smartphones that run Android. If it were to “go rogue” with a Fire TV device, it would effectively be cut loose from all things related to Google. That means that its already floundering smartphone business would go belly-up. Needless to say, you won’t find any Fire TV devices from Sony.

In fact, there aren’t many OEMs that offer smart TVs running the Fire TV interface. Toshiba and Insignia (Best Buy’s house brand) are about the only two companies that have chosen to take the plunge.

Google has not commented on its Fire TV blockade, but Amazon Fire TV VP and GM Marc Whitten struck a more open tone when discussing “platform” competition in the marketplace. "We don't expect them to only use our services or our software," said Whitten. "We think that partners should be able to pick the solutions that work for them, which may actually vary between lines of TVs, or different categories of devices and territories. I think that diversity of options is a really good thing."