AMD's Ryzen 5000 family of Zen 3 processors launched last week, and as most were expecting, the reviews were overwhelmingly positive. While AMD didn't take the performance crown in every single benchmark, its lead in the majority of them was significant enough that Intel was seeing taillights the majority of the time.

Needless to say, enthusiasts were eager to get their hands on the processors, only to be thwarted by "out of stock" messages from retailers and inventory that was depleted in mere minutes. Back in late September, Frank Azor, AMD Chief Architect of Gaming Solutions and Marketing, responded to a tweet that claimed AMD would fall victim to the same shortages that NVIDIA experienced with the GeForce RTX 30 Series of graphics cards. Specifically, Andre Elijah quipped "$10 says AMD with be a paper launch too." 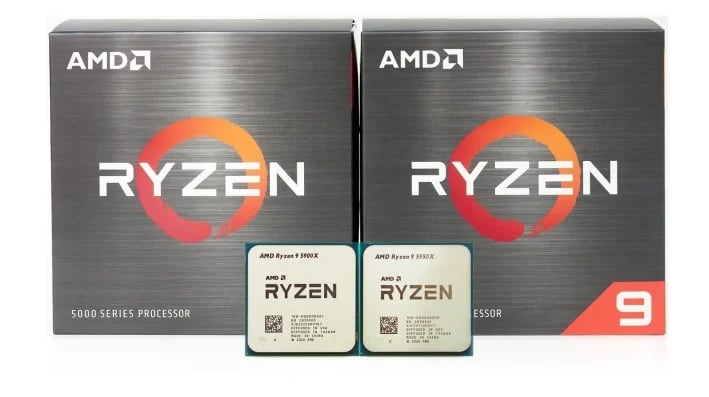 Not one to back down from a challenge, Azor responded at the time with "I look forward to taking your $10 :)". Needless to say, many people are revisiting that clapback given that Ryzen 5000 processors are nowhere to be found from online retailers a week after launch. Retailers don't have the processors in stock, and the only way to get your hands on them at this point is to try third-party marketplaces like eBay where you'll pay a significant premium over MSRP. For example, the $549 Ryzen 9 5900X is currently selling for between $1,000 and $1,100 on eBay.

Azor over the weekend came back to the topic of a paper launch, and responded with this tweet:

There's a big difference between a "paper launch" and shipping tons of units but demand exceeds supply.

In essence, Azor's reply is similar to what we've seen from NVIDIA with respect to the GeForce RTX 3070/3080/3090 -- demand is simply far outpacing supply at this time. We've seen this with many major hardware launches during the second half of 2020 including with the PlayStation 5 and Xbox Series S/X. Azor also addressed the topic of bots, which have been a thorn in the side of enthusiasts when it comes to these new product releases:

Yes, we made a strong effort & succeeded in many cases. It's a battle that is never completely won but I applaud our teams efforts & those of our partners during this round. We continue to learn & adapt with every launch. We want our products in the hands of their intended users.

Needless to say, while some people were definitely able to get their hands on the new Ryzen 5000 processors (they quickly shot up to the top of Amazon's processor best-seller list), there are millions of folks out there that are still waiting for their chance to purchase one of these insanely fast processors. And given the demand issues that have plagued launches up until this point, we don't have any confidence whatsoever that things will improve for the Radeon RX 6800 and RX 6800 XT, which will be available on November 18th.