AMD released the Ryzen 5000 family today, and while we reviewed the 5900X and 5950X, all the Zen 3 CPUs in the lineup dominated. Even though there was a slight price increase over the last generation, the CPUs have sold like hotcakes and are out of stock practically everywhere. Those sales allowed the new Ryzen 5 5600X, Ryzen 7 5800X, and Ryzen 9 5900X to take the 1st, 2nd, and 3rd spots for best-selling CPUs on Amazon.

Yesterday, retailers were concerned about the stock, as we have seen with other releases this year. We saw tweets from Newegg stating that “5950X & 5900X stock is very limited,” while “5800X & 5600X stock is much better.” It did not seem to matter much for any retailer once the CPUs released, as everything sold out in just a blink of an eye. Amazon’s Ryzen 5000 series stock sold out incredibly fast, and it remains that way as of writing. The sheer number and speed of sales, however, drove the AMD Ryzen 5 5600X to the number one spot on the bestselling list of CPUs on Amazon. 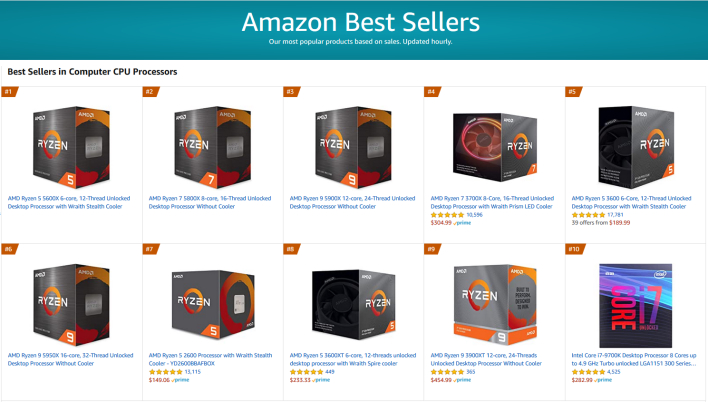 The Ryzen 5 5600X is an excellent CPU at just $299. It boasts six cores and 12 threads at 3.7GhH base clock with boosts up to 4.6GHz under load. Right now, of course, getting your hands on one is difficult at best, but restocks should be arriving at Amazon by next week, so the Ryzen 5 5600X can keep that number one spot.  Although, we are pretty sure that Shakshi cannot make AMD ship more chips to the fulfillment center, but who knows? 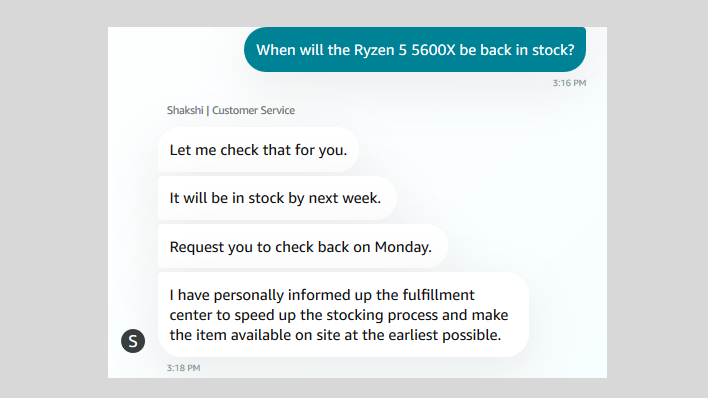 If you are shopping for a new CPU, AMD is not a company you should sleep on this year. With some of the new AMD Ryzen 5000 series CPUs taking the top three best selling spots on Amazon, it shows what consumers want: value, performance, and competition. AMD is sitting pretty on Amazon’s throne right now as they have nailed those three things, especially with the Ryzen 5 5600X.