For those of us that have slogged through 2020, missing out on hot hardware has become a common occurrence over the past few months. The supply issues have stricken popular products like the NVIDIA RTX 30 Series, PlayStation 5, and Xbox Series S/X. And now if commentary from an ASUS employee is to be believed, AMD won't be able to escape a similar fate with its Radeon RX 6000 Series of graphics cards.

The commentary was first spotted by WCCFTech over at the Sweclockers Forums. David, an ASUS representative on the forum, responded to a question inquiring about how much inventory would be available at launch for the Radeon RX 6000 Series. He responded with the following statement (which has been run through Google Translate):

It will be quite limited I think that it will sell out quickly. More RX6800, less 6800XT ... as with basically all graphics cards now, we expect that everything will be gone in a few minutes so you need to hang on the lock. Then it is 1-2 weeks later until we start delivering our Partners cards, too early to say what the supply looks like there, but the demand will probably continue to be great.

This is about what we expected, with Radeon RX 6800 cards being more plentiful than its pricier siblings. However, the lower pricing ($579) will likely make these cards ripe for the taking not only for eager enthusiasts, but also bots that will be looking to probe every crack in retailers' websites to secure multiple orders. So, while there might be more Radeon RX 6800 cards in the channel, they could just as easily sell out as quickly as the Radeon RX 6800 XT. Unfortunately, David didn't have any insight into Radeon RX 6900 XT availability, but we'd imagine that these will likely be as rare as hen's teeth -- just like the NVIDIA GeForce RTX 3090. 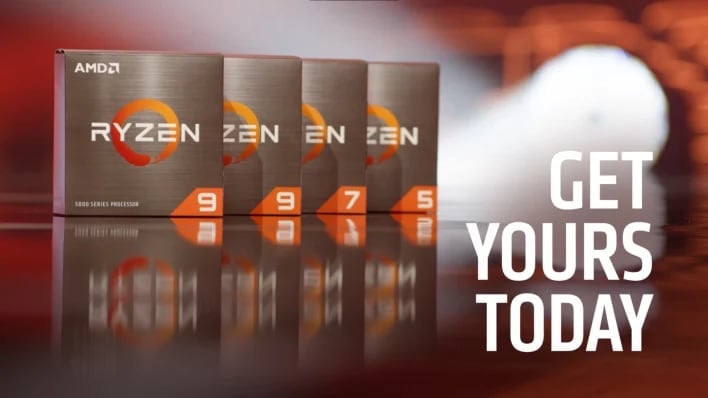 David also pointed out that third-party cards will start shipping roughly 1 to 2 weeks after AMD's first-party cards ship out to customers.

In other AMD news, we shouldn't be too surprised to learn that AMD's Ryzen 5000 processors sold out quickly yesterday. They accelerated to the top of Amazon's top seller chart, with the $299 Ryzen 5 5600X leading the way. Given the quick sellouts, scalpers are taking full advantage by reselling them on third-party marketplaces like eBay. 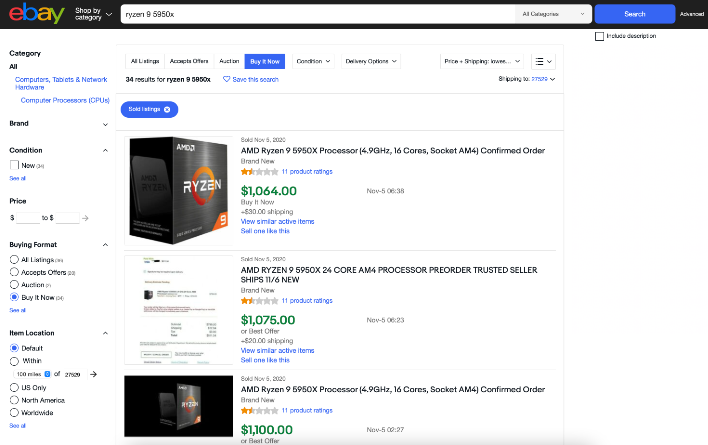 We can understand why there is so much interest in these new Ryzen 5000 processors given the incredible performance that they deliver, but we'd advise against paying these inflated prices and wait for inventory levels to stabilize.