It appears that the cat is completely out of the bag in regards to AMD's upcoming Matisse Refresh processors. Over the past week, we've learned quite a lot about these processors, and it seems as though AMD had been planning this move all along as a counterattack to Intel's Comet Lake-S family of processors that just launched.

The Matisse Refresh (Zen 2) family of processors consists of the Ryzen 5 3600XT, Ryzen 7 3800XT, and Ryzen 9 3900XT. All three [allegedly] have higher base/boost clocks than the processors that they are replacing, and new 3DMark listings have reported the clock speeds of the latter two processors. 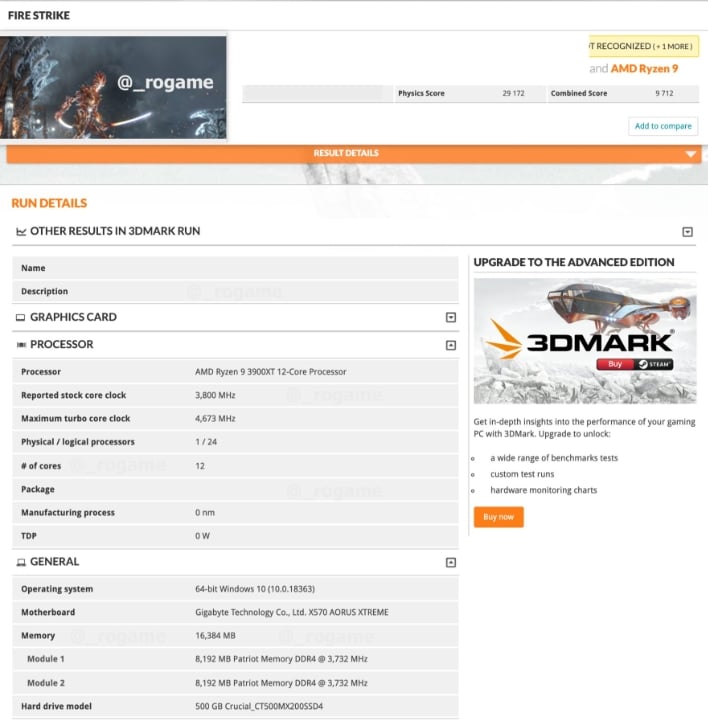 The 3DMark listings shows that the Ryzen 7 3800XT with a base clock of 3.9GHz and a boost clock of 4.7GHz, while the Ryzen 9 3900XT is showing a base cock of 3.8GHz and a boost clock of 4.7GHz. Interestingly, the base clocks for both processors reported here are identical to the Ryzen 7 3800X and Ryzen 9 3900X respectively. Either the previous reporting on 4.2GHz and 4.1GHz base clocks for the two chips were inaccurate, or 3DMark is simply misreporting the clock speeds (which is quite possible). In other words, we’ll have to take these entries with a big dose of salt. 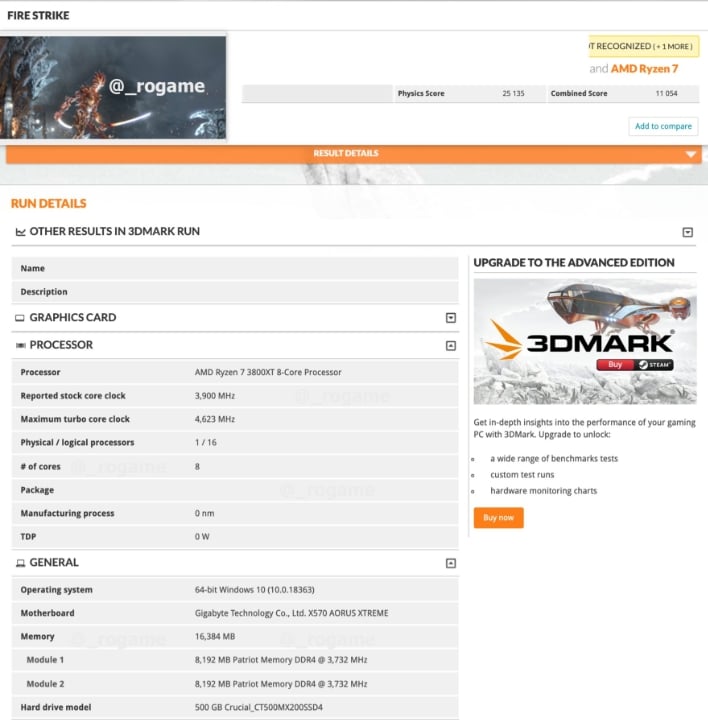 No matter what the discrepancies may be when it comes to clock speeds, there's no doubt that performance has increased for the two new processors. In 3DMark Fire Strike, the Ryzen 7 3800XT captured a physics score of 25,135 while the Ryzen 9 3900XT hit 29,172.

Other specifications from the 3DMark results also confirm our previous reporting, including the 8-core/16-thread and 12-core/24-thread configurations for the Ryzen 7 3800XT and Ryzen 9 3900XT. Given the slight upticks in clock speeds, we may see an increase in TDP as well for the new processors, but that is just speculation on our part