Just last week, it was reported that AMD's unreleased Ryzen 7 4700G had hit a 4.7GHz all-core overclock, as depicted in a benchmark leak. Good stuff, but can someone do better? Well yes, yes they can. The all-core overclock to beat now stands at 4.8GHz, or 4,815.24MHz to be precise, though we do not know if that was a stable OC.
The unofficial record overclock on an unofficial CPU was obtained by ITCooker, who posted a CPU-Z screenshot of their achievement on Facebook. Have a look... 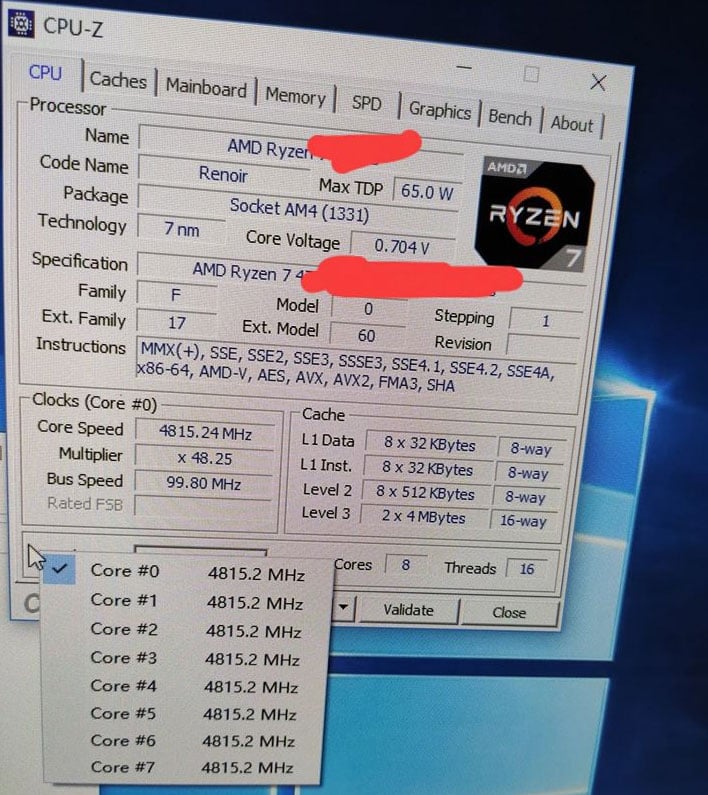 There are not any benchmarks to go along with this leak, nor any mention of what type of cooling was used (more than air, most likely) or what the actual voltage was set at. Whatever the case might be, it's interesting to see how high people are able to take the Ryzen 7 4700G before it even releases.
As for the base specs, base on a roundup of previous leaks and rumors, here's what we're looking at for AMD's Ryzen 4000 consumer desktop APU family...
And here's what we're looking at for the Pro variants aimed at business customers...
In case you've missed our past coverage, the Ryzen 4000 series of desktop APUs will combined AMD's Zen 2 CPU cores with enhanced Vega graphics. The new lineup has not been formally introduced yet, but given the speed of leaks in recent weeks, we have to think a launch is imminent. 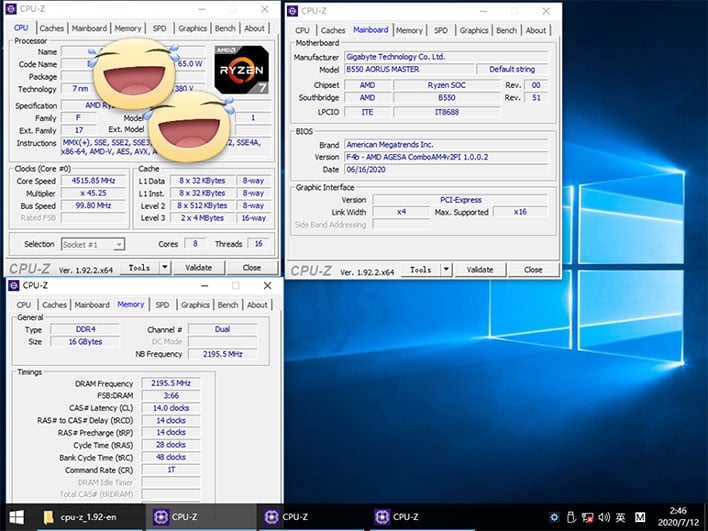 Pairing Zen 2 CPU cores with capable graphics (albeit Vega and not Navi) is an intriguing proposition. Now the wait is on for AMD to release these new chips.