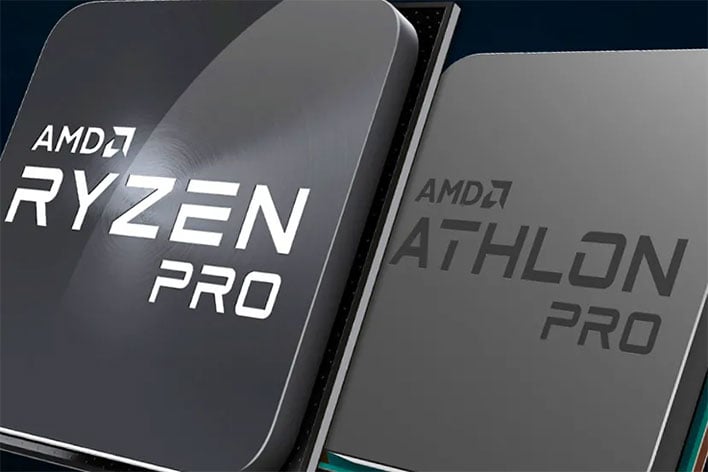 We may finally have some clarity on how AMD intends to price its upcoming Ryzen Pro 4000 series of desktop APUs. Nothing is yet official, though a global supply chain that is based in Irvine, California has apparently posted distributor pricing for the Ryzen 7 Pro 4750G, Ryzen 5 Pro 4650G, and Ryzen 3 Pro 4350G.
Twitter user Hifihedgehog spotted the listings on Ingram Micro's website, noting that you need to be a registered client to see pricing information. The listings do actually exist, but all we are able to see are some basic specifications.
In any event, here are the screenshots the Twitter user took of the listings...

Pricing from the distributor side is likely to be a little different from AMD's suggested retail pricing, but should at least be in the ballpark. In addition, this gets us closer than a random leak to how things might actually shake out.


In any event, here's what we are looking at...
As a point of reference, the same distributor lists the Ryzen 7 3700X at $312.12. That chip debuted at $329 (MSRP) and currently sells on Amazon for $272.99.
Based on previous leaks, AMD will launch two versions of each chip, including G and lower power GE variants with a 35W TDP instead of 65W. All of them will feature Zen 2 CPU cores pair with integrated Radeon graphics based on a refined version of Vega. If we mesh the above information with past leaks, here is what we are looking at for the full stack...
We don't have projected pricing or GPU clocks for any of the GE models yet, but if past leaks are accurate, we do know the base clocks across the board, as well as the number of compute units on each chip and GPU clocks on the G variants. This is as full as the picture will probably get before these APUs make their official debut.

That said, there is still no word on when these parts will actually launch. However, between a Ryzen 7 4700G engineering sample smiling for the camera and a known distributor prepping its website for the new crop, it seems like a launch will happen very soon.